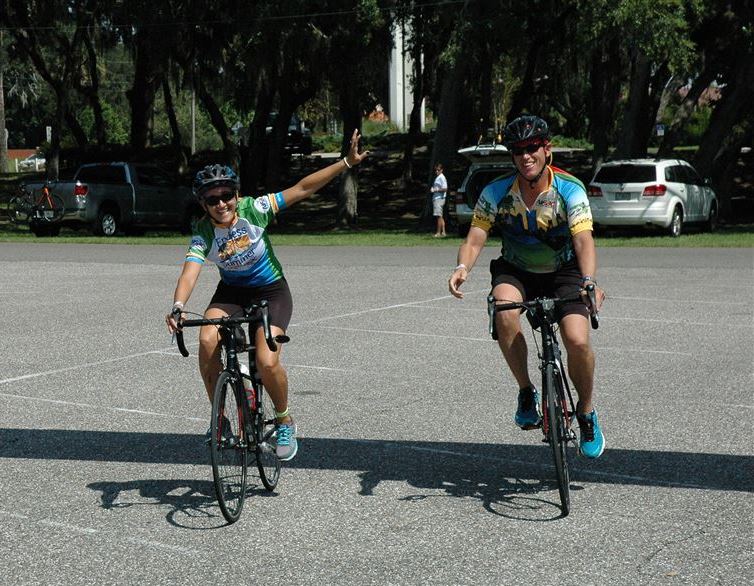 The incident didn’t seem like a big deal at first. Stacy Ettel came home and told his wife, Martha, about how he and four other officers had been involved in a shooting that had seriously injured a student. They had no clue that it would be anything to worry about. In fact, Martha was at peace knowing Stacy was there; that he was the one who dealt with the incident. When Stacy was in charge, others had confidence it would be handled correctly. She’d seen him deal with worst-case scenarios and turn them around. He was gifted for this line of work.

Then everything went south. The protesting started. Media got involved. Suddenly, her husband and the other officers were labeled as white racist cops.

During the investigation, the Ettels went on a trip to Minnesota.  While she was confident in Stacy’s handling of the incident, she became increasingly concerned about the amount of attention the incident was getting and had a desire to get the entire story, so she asked Stacy to recount the shooting for her. As they sat overlooking beautiful Lake Vermillion, he drew the incident out on a napkin, and told her how it all went down. It was cut and dry. This reassured her faith in him.

After the team was cleared in the investigation, the internal investigation began. Little by little, Martha’s assurance gave way to suspicion. There was something wrong; she could feel it. Stacy gave people the benefit of the doubt; but Martha, not so much. She’d been through a lot in her youth; which made her suspicious of the way he was being treated. Yet, her persistent intuition warned her something was awry.

To Martha’s dismay, her best friend’s name was being smeared across headlines. Those around Stacy bailed like a sinking ship. The University. The Department’s leadership, some they considered as close friends. Even his lawyer. The day inevitably came—Stacy called and told her, “I’m about to be fired.”

There was no transition. “It’s really hard to go to sleep one day thinking your life is one way, and you wake up and it’s another,” Martha remembers. “That’s the only way I can describe the shock. Nowhere in my wildest dreams would I think that we would end up where we did.”

“Looking back, I see that we made mistakes,” Martha says. “We were trying to control our future, instead of trusting God completely. But through it all, Stacy never lied, never twisted the truth, never minimized or exaggerated. But others involved in the investigation lied, manipulated, twisted, and looked the other way. As we watched and read what the media released, the truth was lost. And they were okay with destroying his life, and that has affected our family for the last six years.”

Her most painful memory is the day Stacy had to turn in his gear. He gave up his uniform, his badge, and his gun. She felt like he had been stripped bare; stripped of everything he’d worked for. Seventeen years of accomplishment, gone. That night was the hardest of her life.

That’s a strong statement, considering Martha, at the age of 14, lost her mother, stepdad, and biological father in a double murder-suicide. Her life changed overnight then, too. Martha emerged a strong survivor through that painful time, and she would again. Only this time she had her husband and two children depending on her for strength.

There were two ways that Martha survived this devastating time. The first was that she felt the pain. Their life was over as they knew it. She wanted to fight back. She was angry. “Anger and depression affected Stacy, our children, and I. We will never know what life was supposed to be like. We’ll never get back these last six years.”

When she voiced her feelings to Stacy and the kids, everything unraveled. She realized she couldn’t do that anymore, so shut the negative words down and didn’t speak them anymore. “I just faked it until I made it because I knew I was the one they were looking to,” she recalls. “The hard part was that I was their support, but I had no support. It was just me. I struggled by myself at night. I was scared as heck.”

The second way she dealt with this was that she ran to the only one who could help. “The accusation is that cops are bullies, but we didn’t find that to be the case. We were bullied,” she asserts. “At some point the parent has to step in because the bully is so much bigger and stronger and the child can’t handle it. This was bigger than us. We felt powerless and hopeless.” Her own parents were gone, so there was nothing to do other than turn it over to God.

She prayed, “Let me feel that You are here.” She read her Bible and that gave her hope. She and Stacy received a card in the mail that had a Bible verse that said, “’I know the plans I have for you,’ declares the Lord. ‘Plans to prosper you and not to harm you, plans to give you hope and a future.’” This was a key promise from God they leaned on, trusting that God would take care of them, regardless of the situation. Though the circumstances didn’t change and the consequences wore on, Martha found that her faith grew. “This was something we couldn’t control. We couldn’t fix it. We didn’t understand it. But I had faith in God. In fact, sometimes the only thing we had was God.”

Inevitably the incident affected Stacy and Martha’s relationship. Martha admits they have their moments. Stacy suffered more in quietness because he didn’t want to upset her. “He knows I suffer too. It was hell for a long time because we were both suffering. We suffered in completely different ways so I became independent. I had to figure things out for myself.”

How did they make it? Martha says that they have remained close because they were always close. Before the incident they invested in their relationship. Because neither of them have dependable family, they turned to each other. Their attitude was, “We’re gonna beat this. We’re stronger because of the struggle. I couldn’t continue to depend on alcohol, or depend on other people. We still struggle, but we know that we have each other. If we didn’t have each other, the world would fall apart.”

Over the last six years, Martha and Stacy have made the best of it. Life was simplified for them, and they learned to accept it. They cycle together, which Martha says is her stress outlet. Stacy looks at it as quality relational time together. They travel, going on trips together for recreation, as well as service. They volunteer with humanitarian organizations that allow them to assist with disaster relief, orphanages in impoverished countries, and with special needs children.

When one person in a marriage undergoes something devastating, the fallout affects both. Sometimes walking through it side by side is all that can be done for a time. But the Ettels have learned not only to survive the storm, but remain intact as a couple, and defiantly grow in character despite the accusations.

Note:  On September 1, 2016, Stacy Ettel announced the formation of the Law Enforcement Advocacy Network (L.E.A.N.) which is a non profit organization that seeks to bring the stories of each law enforcement officer that has been mistreated for simply doing their job to the public eye.  This bold initiative will call for real leadership within a profession that has let political correctness ruin the lives of many.

Victoria Newman is an author, speaker, and founder of How2LoveYourCop, an organization that provides positive resources for law enforcement families. She is author of A CHiP on my Shoulder and A Marriage in Progress, speaks all over the United States and Canada, mentors several spouses, and is a blogger and ghostwriter. Her website is: www.how2loveyourcop.com.

Detective Myles Cosgrove copes with doxing, death threats as he seeks safety for his family