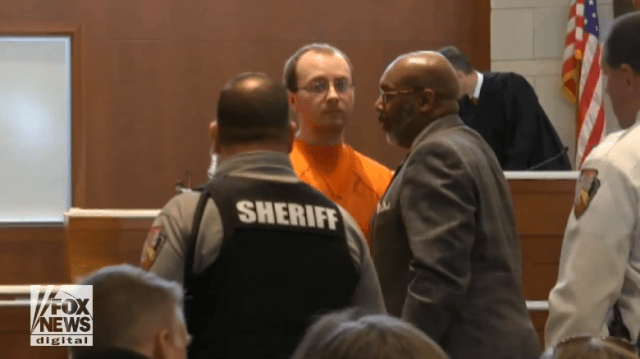 BARRON, Wis. – Defendant Jake Patterson was sentenced to life in prison Friday, after having pleaded guilty to kidnapping Jayme Closs, 13, and killing her parents.

Patterson pleaded guilty in March to two counts of intentional homicide and one of kidnapping. He killed Jayme’s parents, James and Denise Closs, at the family’s home near Barron, about 90 miles (145 kilometers) northeast of Minneapolis. Jayme escaped in January, after being held for 88 days at Patterson’s cabin near the small and isolated town of Gordon, some 60 miles (97 kilometers) from her home, Fox News reported.

Barron County District Attorney Brian Wright told a judge during Patterson’s sentencing hearing Friday that Patterson would never stop trying to find and possibly kill Jayme if he gets out of prison.

Furthermore, the prosecutor said Patterson should never get another opportunity to kidnap another girl and kill her or anyone with her.

A skinny and filthy Closs, hair matted and disheveled, reportedly approached a woman who was out walking her dog after having fled her captor. The woman knocked on the door of a nearby house and told the couple inside: “This is Jayme Closs! Call 911!”

According to The Associated Press, Closs was not in the courtroom on Friday. But her words resonated there, as read by a guardian at the sentencing hearing.

Wisconsin teenager Jayme Closs says she wants to see the man who kidnapped her and killed her parents “locked up forever.”

Jayme wrote that Patterson “thought that he could own me, but he’s wrong. I was smarter.”

She says Patterson “thought he could make me like him. But he was wrong.” She also said Patterson “will never have any power over me.”

Earlier this month, state lawmakers honored Closs as a “hometown hero.” The girl appeared with family members and friends to receive her honor in the Assembly chamber on Wednesday, FOX 6 Milwaukee reported.

Her aunt, Jen Smith, accepted the award and said Jayme’s bravery and spirit are inspiring.

“Speaking for her entire family, I have to say, Jayme is totally deserving of the hero part of this award,” Smith said.  “Her courage, her bravery and her spirit are things that inspire us and make us stronger and better. Just like you, we want Jayme to know how much we love her.”

Jayme stood behind her aunt but did not speak.