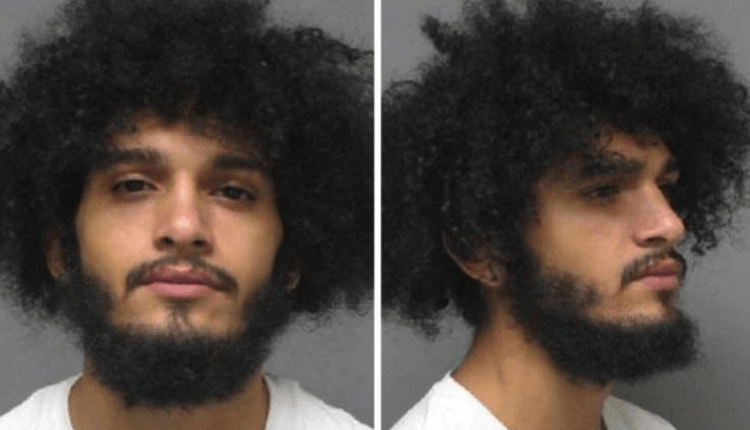 CLARK COUNTY, Ohio — An Ohio man who was out on parole has been thrown in jail and awaits new felony charges after a photo circulated on social media showing him posing with his knee to the neck of a crying, white, 2-year-old boy alongside a message referencing Black Lives Matter.

The Clark County Sheriff’s Office first became aware of the photo circulating social media on Tuesday and appears to be a direct reference to the former Minnesota officer, Derek Chauvin, who leaned on the neck of George Floyd before he died, sparking months of protests and riots across the nation, reported Fox News.

The man in the photo has since been identified as Isaiah Jackson, 20. The image shows his knee on the neck of a crying white toddler who is only wearing a diaper. Another person holds the child’s hands behind his back. The banner across the photo read: “Blm now mf.”

Patrol units were able to determine the location of the incident and subsequently made contact with both the mother and the child, as well as the male subject seen kneeling in the image, the Clark County Sheriff’s Office said in an update on Facebook Thursday. The relationship between Jackson and the child’s mother is unknown.

Jackson, a parole authority holder from the Ohio Department of Rehabilitation and Correction, was taken into custody and remains incarcerated in the Clark County Jail. He is waiting for the county prosecutor “to provide a determination on the scope and breadth of the felony charges that will be supported by that office for presentation in court,” according to the sheriff’s office.

The child, who has not been identified by authorities, was taken to a local hospital for examination, where he was found to have no injuries related to the incident.

The sheriff’s office said the mother, who also has not been identified, told deputies that “she was unaware of the photo having been taken, or its contents, until she had been informed by other parties while the Sheriff’s Office was on the way to her home to begin the investigation into this incident.” The investigation is ongoing.

The Facebook content was removed, but Law Officer took a screenshot before removal. It can be viewed below: 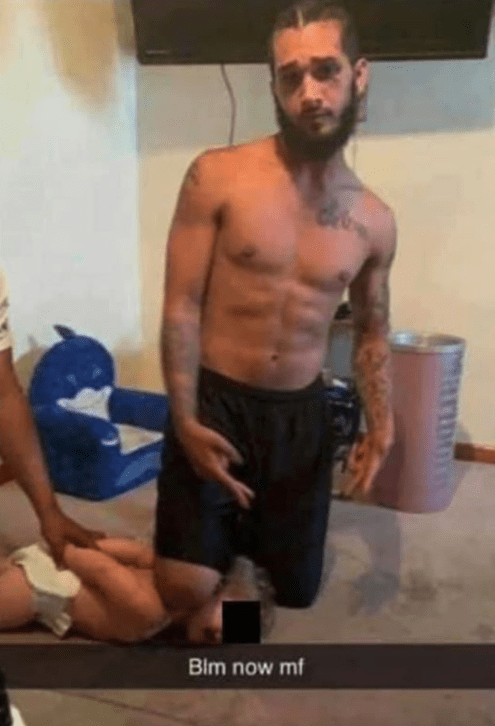 In the meantime, at least one comment on the social media image is leading to trouble for an Atlanta-area high school special education teacher.

According to WGCL-TV, Cedar Grove High School Interrelated Teacher Brian Papin commented beneath the photo, writing: “Again! Your [sic] doing it wrong! One knee on the center of the back one one [sic] the neck and lean into it until death! You saw the video! Get it right or stop f***ing around!”

DeKalb County School District said on Facebook Thursday that it “is aware of the disturbing social media post associated with a district teacher. We are currently investigating the situation. DCSD is committed to the safety and well-being of our children, and there is no place for racism in our school district.”