Man Arrested for Bomb Threat Hoax at Statue of Liberty 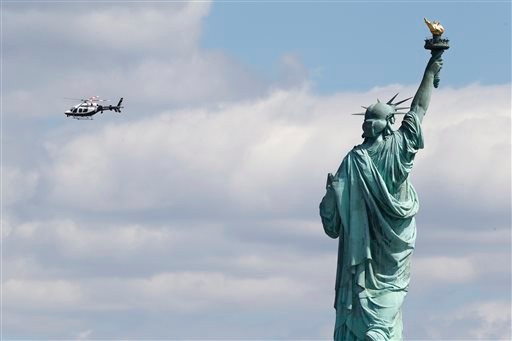 NEW YORK (AP) — Federal authorities say they've arrested a man for making a hoax bomb threat to "blow up" the Statue of Liberty in April, resulting in an evacuation of Liberty Island. They say the West Virginia man has been held in Texas.

A complaint filed Wednesday in federal court in New York says Jason Paul Smith identified himself as Abdul Yasin when he called 911 from his iPad on April 24. Yasin is the only conspirator not captured in the 1993 World Trade Center bombing.

More than 3,200 people were removed by boats following the call.

The complaint says Smith also made calls threatening to kill police officers at the Brooklyn Bridge and to bomb Times Square.

Court papers show Smith has been arrested for making such calls before. A federal public defender hasn't returned a message seeking comment on the case.

This story has been corrected to show the man's first name is Jason, not John.