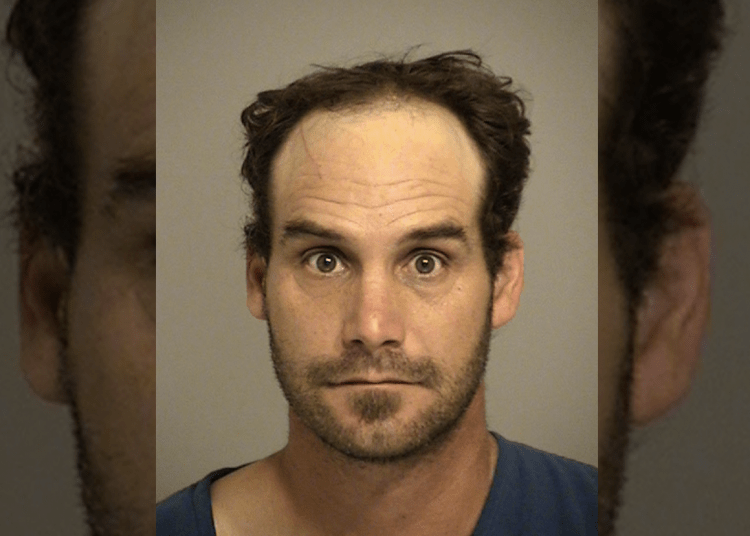 VENTURA COUNTY, Calif. — A man was arrested this week after he reportedly fired a handgun at a Ventura County Firehawk helicopter, officials said Friday.

The aircraft is a converted HH-60L Blackhawk helicopter that is used for fighting wildland fires, personnel transport, search and rescue, law enforcement, and medical evacuation, according to fireaviation.com.

The shooting was reported about 9:15 p.m. Wednesday while first responders were engaged in nighttime training operations in the Lake Casitas area, Ventura County Sheriff’s Office said in a press release.

“The pilot of Copter 4 took evasive action and identified a suspect vehicle leaving the area at a high rate of speed,” according to the news release.

The pilot trailed the suspect vehicle into the Oak View area, where the driver eventually stopped. The suspect, later identified as Joshua Chimarusti exited the vehicle and reportedly fired more rounds at the air unit, KTLA reported.

The shooter fled on foot, prompting an extensive search that involved investigative units, police K9s, SWAT and another helicopter, according to sheriff’s officials.

Chimarusti, 44, was later located and taken into custody. The weapon used in the shooting was also found and collected as evidence.

The Firehawk was not damaged by gunfire, according to KTLA.

Chimarusti was booked on suspicion of attempted murder, assault with a firearm upon a peace officer or firefighter, shooting at an occupied aircraft, discharge of a firearm with gross negligence, prohibited person in possession of a firearm and carrying a loaded unregistered firearm, officials said.

He is scheduled to appear in court Monday.