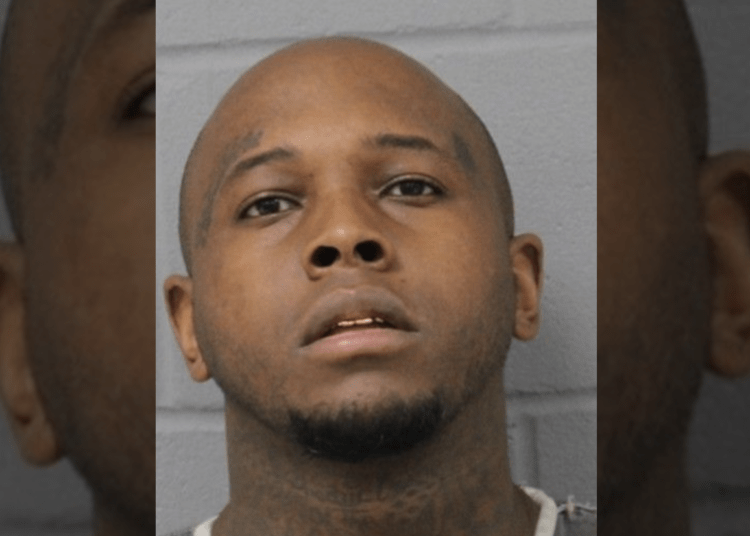 TRAVIS COUNTY, Texas — A man identified as Laderious Deshawn Nicholson is suspected of committing two murders after being released on bond in a county run by a district attorney’s office hostile to police and funded by liberal megadonor George Soros.

Documents obtained by Fox News show Nicholson, 29, was arrested in 2019 for aggravated assault with a deadly weapon and released in 2021 on a surety bond. After his release from custody he reportedly committed two murders.

Nicholson was arrested in September 2021 for those homicides and is currently in the Travis County correctional system. The city of Austin is primarily within Travis County.

Travis County Sheriff’s Office records show that Nicholson was released from custody on March 15, 2021, when he posted a bond of $75,000 via Kwik Out Bail bonds. He was granted freedom without any bail conditions such as a GPS monitor or curfew, Fox reported.

Nicholson is accused of committing a murder on May 15, 2021, during a dice game robbery, according to court papers.

Additionally, court documents show another murder warrant being issued for Nicholson related to a homicide in Austin on June 23, 2021, when he reportedly shot a man seven times and killed him during a botched drug deal.

“The surety bond that released Nicholson back onto the streets was acted upon under Travis County District Attorney Jose Garza, who received over $500,000 from PACs tied to billionaire liberal megadonor George Soros. Garza, a Democrat, defeated incumbent DA Margaret Moore in the 2020 Democratic primary and won the general election in November. He took office 3 months before Nicholson’s release,” according to Fox.

Soros’ foundation has funded progressive movements and politicians in cities across the country.

In Austin, Soros recently poured $500,000 into a campaign fighting a ballot measure that would reinstate funding to the police that was taken by Democratic Mayor Steve Adler and the city council when they defunded APD in 2020 to the tune of $150 million.

Garza’s office told Fox News that the bond was set for Nicholson by a judge in 2019 before Garza took office in January but did not comment on whether or not Garza’s office recommended or was aware of Nicholson’s release in March.

“I would not be surprised if this was not in the top two or three reasons violent crime is up in big cities all over the country,” Casaday told Fox. “I’ve spoken with DA Garza before and I’d just reiterate that we are adamant about keeping people in jail until they are tried especially if they are in on violent crimes. You are endangering society if you let these people out.”