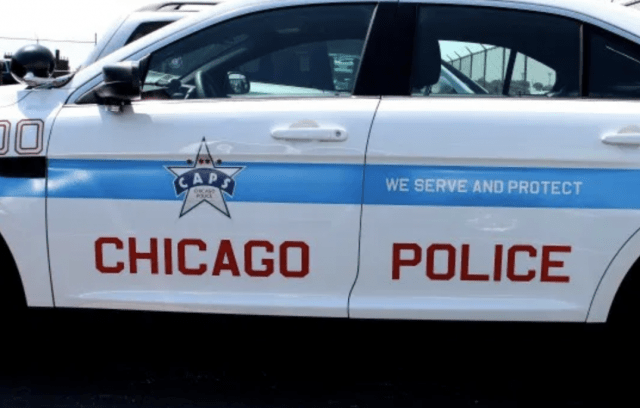 Occasionally, throughout your career as a police officer, you stop and wonder why you do it. Why do you get up each day at crazy hours, throw on your uniform and head out into a world where the only friends you have, wear the same outfit and live the same life as you? A life, where most of the people you deal with each day hate you and no longer worry about telling you just how much. A world where you worry about what little extra may be in the meal you’re eating. A world where everyone will pull out their phone and record you as an assailant does his best to kill you, but no one will lend you a hand. Why?

It can be a rotten job at times. The last few years have been extremely rotten. So why do you do it? Sure, the money isn’t bad. Driving fast and chasing bad guys is an adrenaline rush. The brothers and sisters you work with are as close as any family you’ve ever had. But there is more to it than that.

Hell, the hours suck, work your tour of duty and then go to court for the day waiting to be called. Days off canceled in the summer and on holidays, when you would love to be with your family. Frustrating regulations from the department hamper your every move.

Worse than that is some of the horrors and tragedies you get to enjoy firsthand. Imagine your neighbor, the accountant, dealing with some of the things you’ve seen. Could he handle the time you took the boyfriend to jail after he raped his girlfriend’s daughter? How about the time you had to take the bloated week old DOA to the morgue? Especially after the body split and the juices got all over your pants leg and shoes. That smell never leaves. How about the three-year-old you found walking down the street in only a pajama top and a diaper, on one of the coldest days of the winter.

So why do you do this job? Is it the free food? That doesn’t happen anymore, does it? Could it be there is something that just makes you want to be the police? After a while, you figure out. It’s something my academy homeroom instructor Robert Trumbo, said one day, “You’re good people, that’s why you do it.”   A couple of months later my FTO, Danny Green, explained to me after I asked how am I supposed to know all the laws and know what to arrest them for. He said, “You’re a good guy. You were raised right. If you think he should be locked up, we lock him up. When we get into the station, we can figure out the exact charge.”

So, that is why I did it for so long. Now it comes a time when every police officer askes themselves, “Did I make a difference?” I know some people’s lives are better today because of an arrest I made, or a dope dealer I locked up, or a burglar I pinched. I know that three-year-old walking down the street barefoot in the middle of the freezing cold winter night would have probably died had my partner and I not been there for him. I know some of the guns I got off the street would have killed people.

Yes, later in life when you take a moment to look back and wonder if you made a difference you can smile because you did. You made a great difference. Thank you.

Note: You can read other articles I’ve written and read more at my website www.bobweisskopf.com. I always love to get feedback from everyone. Let me know how you feel about the article.

Share and speak up for justice, law & order...
Tags: call to dutydifferenceinfluenceservice

Creating Courage in the Thin Blue Line: The Desire to be Liked