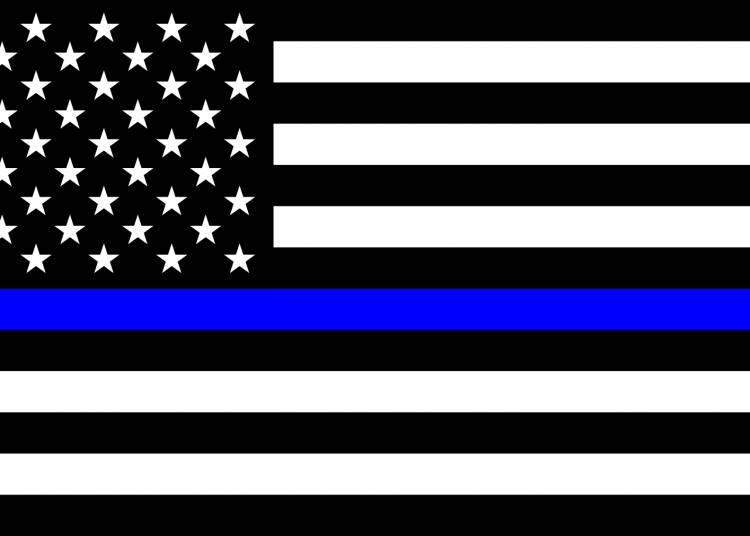 The ‘Thin Blue Line Flag’ is a symbol of honor and reverence for police officers who sacrificed their lives—and undeniably, a flag and symbol of religious ceremony. With that in mind, government agencies, schools, and practically every other nay-saying organization probably ought to think twice before trying to remove or censor its use.

Granted, other flags have been banned recently. For example, the flag of the Confederacy and other flags that feature the “stars and bars” almost immediately come to mind. However, the Confederate flag was a political symbol—and does not have the religious significance of the Thin Blue Line flag and its variations which derived from religious ceremony and funeral rites. And as a flag, the Thin Blue Line clearly derives from casket bands used to secure the American flag over a casket during funerals and other religious ceremonies. 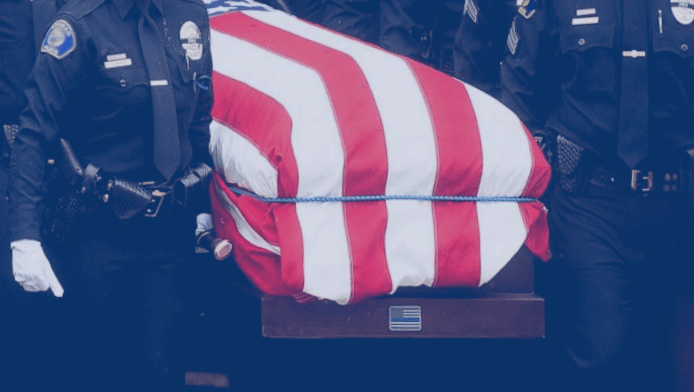 Indeed, casket bands securing the American flag during funerals, explain a lot about the origin and use of the Thin Blue Line Flag. Unless of course we want to re-imagine that taking one particular stripe and coloring it blue had absolutely nothing to do with a rather obvious and undeniable practice.

And unlike other flags and symbols, the Thin Blue Line flag owes much of its origin and development to religious ceremony. And since it is used in funerals and religious ceremonies to honor fallen officers of various religions, its significance as a religious symbol is even more widespread.

Of course, declaring everything “racist” or “offensive” is wildly popular these days. But attempts to eradicate the Thin Blue Line flag may soon face some strong opposition—least of all in light of the First Amendment and the undeniable use of the flag in religious ceremonies, observance, and remembrance.

Is this going to stop the un-informed and über-woke from decrying that the Thin Blue Line flag is “offensive”?

Unfortunately, nothing seems capable of stop the stupidity and and woke-minded-madness we’ve been tolerating these days. But it is precisely because of tolerance—and the freedom of speech and religion—that attempts to eradicate the Thin Blue Line flag and its variations are likely going to be met with strong and growing opposition backed by the principles of the United States Constitution.

After all, while some may call it “offensive”—nevertheless, as a religious symbol, it’s protected.

Arkansas Agency Removes Officer Memorial From Their Front Lawn, Scared That Rioters Will Destroy It