Creating Courage in the Thin Blue Line: The Desire to be Liked 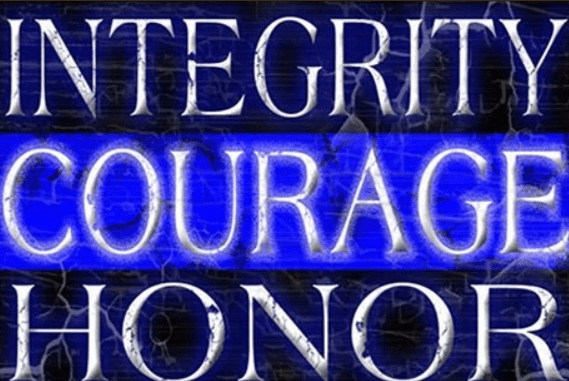 “If you just set out to be liked, you would be prepared to compromise on anything at any time, and you would achieve nothing.” – Margaret Thatcher

Leadership is lonely by its very nature.  Heck, if being liked made you a good leader, we would have tons of great leaders.  The desire to be liked will cause you to compromise your ethics.  I have seen many people with great leadership qualities fail time and again because the decision they needed to make would cause someone to dislike them.  You have seen the problem in your own department when someone won’t have that courageous conversation with the person that needs it.  For this reason, every department has a rule or policy named after someone.  This cowardly act makes everyone angry.

Leaders who operate under the principle of being liked, compromise their principles.  This will cause confusion to those around them and a real lack of direction.  The desire to be liked will cause them to lose focus on their vision and thus their influence over people.  Leadership is about making the right decisions not the popular ones.

Being liked may be a side benefit but it can never be a goal.  This series of articles is about how to create courage and desiring to be liked isn’t courageous.  Let me offer some leadership goals to help create that courage.

It is about them, not you
If you operate under the principle that it is never about you and always about them and their improvement, you can’t go wrong.  You should always think through your decisions and conversations beforehand.  As you see an issue before you, think about how you can help the person succeed.  Many things that sound good aren’t and many people think they want something that may not be good for them.

Respect
There is a better chance that people will like you because they respect you than respect you because they like you. I once asked a new sergeant to give me an example of a good leader on our department.  When he did, I asked him why.  He said because he didn’t bother people.  When that boss was retiring, people made it clear they weren’t going to his retirement party because they didn’t respect him.

Accountability
The “liked” boss in the story was liked because people could do whatever they wanted, there was no accountability.  Without accountability people will not grow or improve.  Remember your job is to help people improve.  Accountability helps your people know the rules and guidelines they work under.  This helps improve decision making and problem-solving skills which develops confidence.  Confidence leads to happiness.

Be Ethical
You must have a set of moral principles, without these there are no ethics.  Not only do you need these principles to keep you on track, but people need to know that you are directed by your ethical beliefs and values.  Ethics demand that these include the dignity and rights of all people.

Be Fair
Fairness is not easy, but a lack of fairness is destructive.  Fairness goes both ways; it means giving people what they deserve.  This can be both praise and correction when deserved.  Failure to praise that poor performer when they do well is cowardly.  It is also easy but cowardly to ask that one dependable person to do all the important stuff.  Several years ago, a detective discussed this topic with me.  He felt honored, at first, to be asked to handle important cases because he was truly competent.  After a while he became disgruntled because he was burdened with so much and watched those poor performers sail through the day while his caseload increased.  He eventually left that department.

Be Influential
As a leader, influence will get greater results that demand.  This is an important area of leadership and here are some ideas for you to develop.

Courage is a foundation of leadership, without it that ship sinks.  Develop the courage to be everything you expect or have witnessed in a good leader an you will fly with the eagles.

Editor Note: This is the third article in Chief Barfield’s “Creating Courage” Series. We encourage you to read his previous articles below:

Creating Courage in the Thin Blue Line: Principles Higher Than You

Creating Courage in the Thin Blue Line: Know Yourself