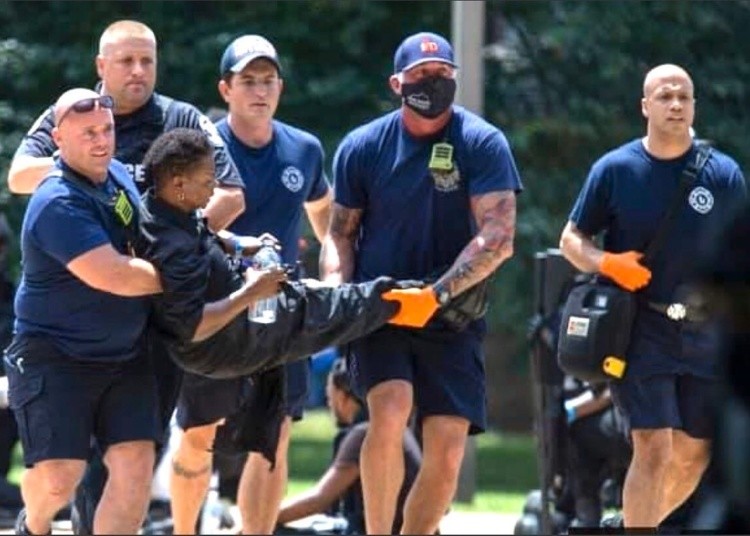 LOUISVILLE, Ky. — Gunfire rang out and panic erupted Saturday during a planned protest in Louisville as three members of the heavily armed militia group calling themselves, “Not F***ing Around Coalition” (NFAC), were injured. The spray of bullets came from one of their own member’s guns, police said.

Yet what a paradox, when police are required to come to the aid of those wishing to put them out of business!

A Law Officer reader shared a social media post, which demonstrates not only the duty of first responders, but the character that summarizes their commitment to public service.

The text below was posted by Mark Mims who is a fire captain with Louisville Fire Department.

When the shots rang out and everyone hit the deck or ran away; the bravest ran toward the victims with compassion for life, professionalism, and bravery. My crew whom I so proudly serve with, quickly triaged, treated the wounded, and quickly got the patients to EMS for treatment and transport. We talked at roll call this morning about “staying calm and having a plan”. It was impressive to see the calmness in my guys in such a intense scene. #bebraveeveryday#louisvillesbravest

Mims’ words should be shouted from the rooftops: “Compassion for life, professionalism, and bravery.”

Law Officer appreciates all first responders who are “staying calm and having a plan” amid the chaos all around. You’re the best!