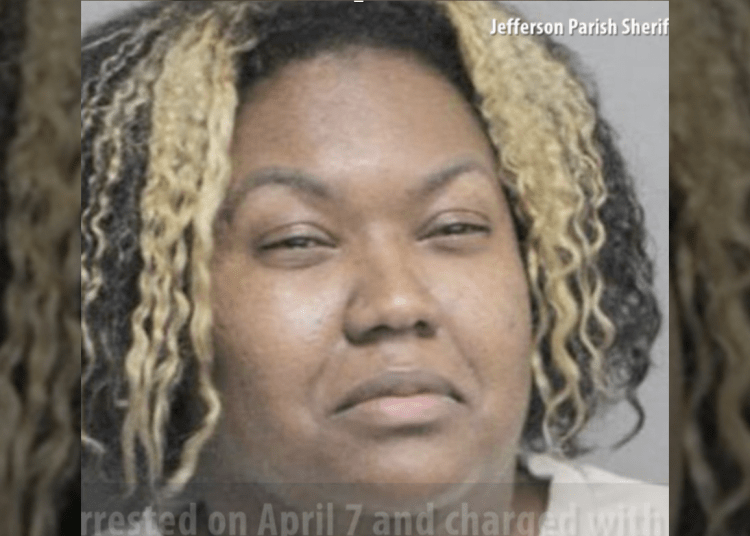 NEW ORLEANS — A Louisiana woman working as a 911 dispatcher for the Jefferson Parish Sheriff’s Office, is accused of refusing to return more than $1.2 million mistakenly deposited into her brokerage account, authorities said.

Spadoni has been a dispatcher for the sheriff’s office for four-and-a-half years, NOLA.com reported.

Now she's under arrest, accused of immediately moving the money to another account and using some of the ill-gotten cash to buy a new car and a house, according to authorities.

Spadoni is being sued in federal court by the brokerage firm, accusing her of avoiding their calls, text messages and emailed attempts to recover the money, NOLA.com reported.

“It’s not her money. She has no legal claim to that money,” Rivarde said. “Even if it was put in there by mistake. It was an accounting error.”

According to the lawsuit, filed Tuesday in the U.S. District Court in New Orleans, Spadoni opened an account with Schwab in January. About a month later, the company installed an “enhancement” to the software used to transfer assets, NOLA.com reported.

On Feb. 23, 2021, Schwab intended to transfer $82.56 into a Fidelity Brokerage Services account owned by Spadoni. But instead, the company transferred $1,205,619, according to court records. Staffers with the company immediately tried to stop or reclaim the transfer, but were unable to, NOLA.com reported.

When Schwab attempted to reclaim the money, the company’s request was rejected because the money was not available. WVUE reported.

“She secreted it, and they were not able to access it,” Rivarde told NOLA.com.

Schwab attorneys contacted the sheriff’s office, which opened a criminal investigation. Detectives determined that Spadoni used some of the money to buy a house and a 2021 Hyundai Genesis sport utility vehicle that could cost as much as $70,000, Rivarde said.

According to court records, Schwab argued that Spadoni’s account contract with the company includes an agreement that if a client receives an overpayment of funds, the client is required to return the full amount.

“If someone accidentally puts an extra zero on a utility payment, they would want that money returned or credited to them,” Rivarde told NOLA.com. “This is no different.”

So far, 75% of the money has been recovered, WVUE reported.

Spadoni is being held at the Jefferson Parish Correctional Center. Bail was set at $50,000.

According to KIRO7, she was fired from her job after the arrest.