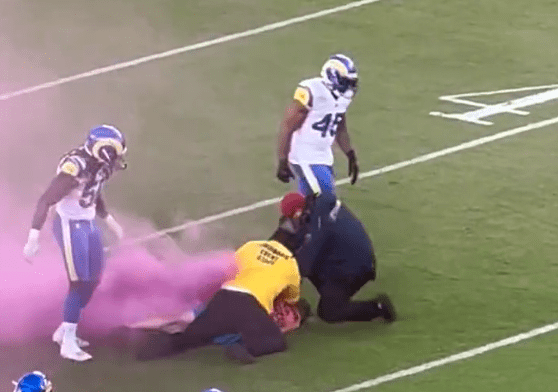 SAN CLARA, Calif. – An activist trying to make a statement ran from the stands during the Monday Night Football game between the San Fransisco 49ers and Los Angeles Rams.

While we hate to give this fool any publicity, we loved seeing two players make the “detention” so security personnel could take him into custody.

The “outside assist” goes to Rams players, #50 Takkarist McKinley, a defensive end, and #45 Bobby Wagner, a linebacker.

Did the guy dressed in all black at the top of the screen blow his ACL?? pic.twitter.com/4YZewOINuI