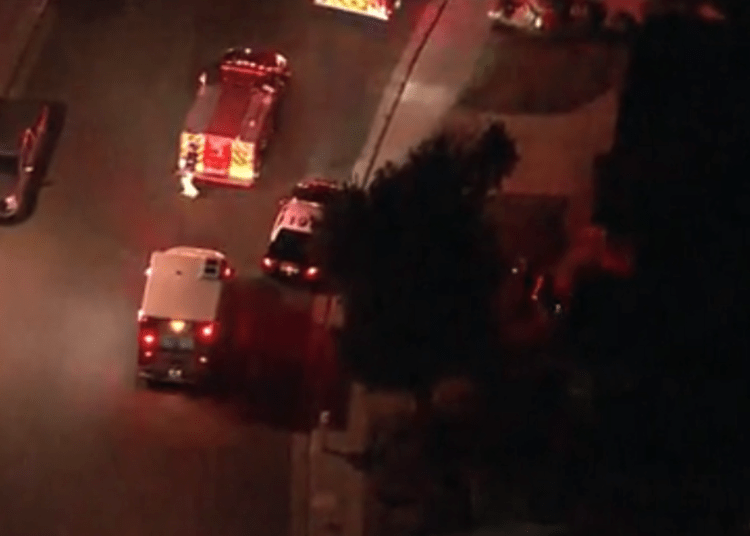 LOS ANGELES – This missing deputy was identified as Carlos Lopez. He sustained minor injuries from the collision and was subsequently arrested for DUI. Read more.

LOS ANGELES – A deputy with the Los Angeles County Sheriff’s Department was briefly missing Friday night after a vehicle crash in Stevenson Ranch, according to a report.

The deputy’s patrol SUV was found at the scene of a single-vehicle collision at about 9:30 p.m. near Southern Oaks Drive and Pico Canyon Road. However, the deputy could not be located and remained missing shortly after 10 p.m. according to the department.

Finally, the deputy was found about 10:20 p.m., although no information about the disappearance or location was immediately available, KTLA reported.

Aerial footage from KTLA’s news helicopter showed what appeared to be the deputy being loaded into an ambulance at about 10:30 p.m.

The deputy was taken out of a residence a short distance from the scene of the crash.