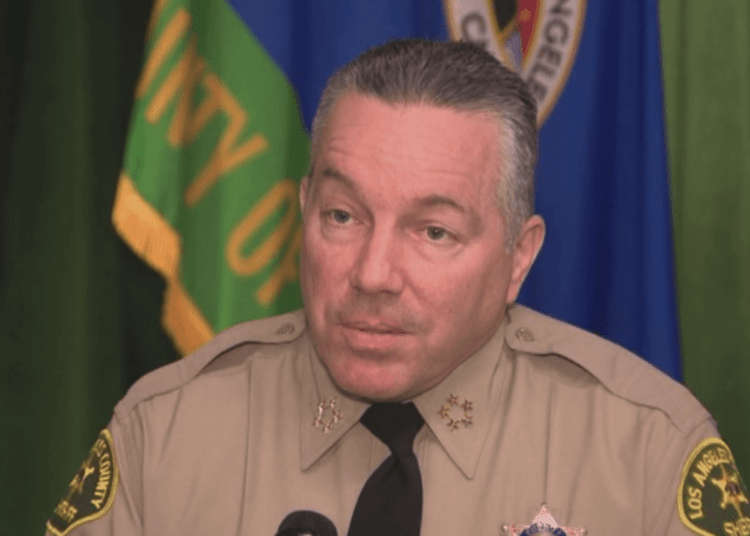 LOS ANGELES – The Los Angeles County board of supervisors are acting irrationally and engaging in a “suicide pact,” according to Sheriff Alex Villanueva.

Los Angeles County has seen a 94% increase in homicides and will be hosting the Super Bowl weekend in Inglewood. Nevertheless, the county this week sought to terminate 4,000 sheriff office workers for not being vaccinated against COVID-19, a move drawing intense criticism, the Washington Examiner reported.

On Tuesday the county board of supervisors approved a preliminary plan to punish department workers for violating a vaccination mandate.

Sheriff Alex Villanueva went to bat for his employees and immediately slammed the decision. He said in a statement that those who aren’t vaccinated are required to undergo weekly testing.

“The Board of Supervisors followed through on their threat and voted 4-0 to form a suicide pact and start the process to fire 4,000 deputies for not being vaccinated. Showing deliberate indifference to the obvious impact on public safety, the board hid behind an alleged threat to public safety they couldn’t back up with data,” he said.

The four-year sheriff said the board engaged in hypocrisy by voting in this manner.

Board of Supervisors Vote to Terminate Approximately 4000 #LASD Personnel During a Time When Murders Have Increased Over 94% and A Hiring Freeze in the Department pic.twitter.com/BNrQCejufj

“The board, who ignored the comments made by thousands of their constituents today during their meeting, is now seeking to fire the very same personnel who were forced to work in person, exposing themselves to the COVID-19 virus when there was no vaccine, while the supervisors and most of the workforce were telecommuting from the comfort and safety of their own homes,” he said.

The sheriff accused the politicians of engaging in a “stunt” that will “harm public safety,” according to the Examiner.

“This is nothing more than another politically motivated stunt by the board, which has no bearing on public health, but will definitely harm public safety,” Villanueva said.