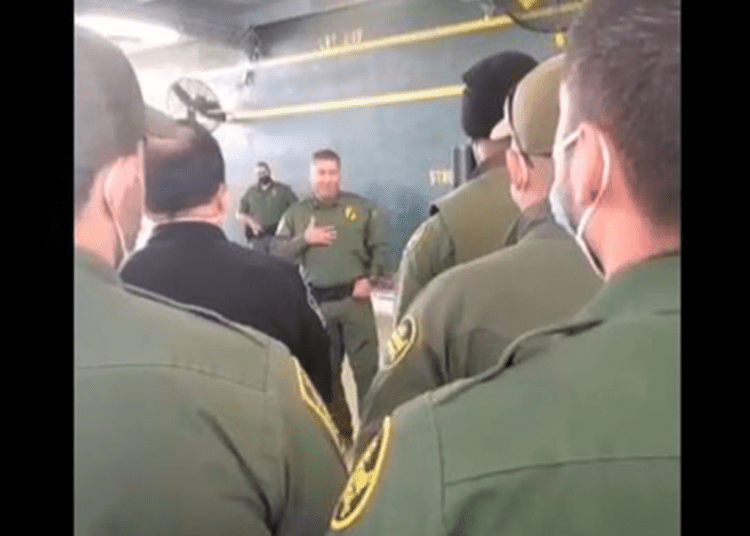 A source within the Border Patrol shared a video with Fox News. In the footage, Ortiz confirms that “morale is at an all-time low.”

“I do think that we’re losing too many agents,” Ortiz said. “As an organization, we gotta start taking care of each other.”

With Mayorkas in the room, the chief acknowledged frustrations experienced by agents.

“I get it,” Ortiz said. “You come to work, you’re frustrated. You’re upset because you didn’t get the desired outcome that you want. Doesn’t mean you give up.”

“We’re not,” one agent responded.

“I know you’re not,” Ortiz replied. “That’s why I’m saying, we don’t give up. We stay focused, we continue to do the job and the mission that we signed up for. We all signed up for it, we all raised our hand.”

“It’s kinda hard to say that when…” one agent began to say.

Nevertheless, other agents interjected, “You keep releasing criminal aliens into the country.”

“You’re getting bogged down in the policies and the politics,” Ortiz tried to emphasize, but the agents weren’t buying it.

“You just said it,” Ortiz replied in an attempt at appeasement. “Ain’t nothing gonna happen to you.”

“Why are you guys getting caught up in semantics? … I’ve been doing this job as long as y’all,” Otiz continued as he attempted to offer some satisfaction for the dispirited group.

“That’s the problem, chief,” one agent interjected as he then apparently quoted Irish philosopher and statesman Edmund Burke. “For evil to triumph is for good men to do nothing. That’s exactly what’s happening here. Good men are doing nothing. You’re allowing illegal aliens to be dropped off in communities.”

Nevertheless, Ortiz affirmed that agents are doing good work by rescuing people and taking fentanyl and methamphetamine off the streets, Fox reported.

“And under this administration, in the last year, we’ve got the highest fentanyl deaths in the history of our country,” came a retort from another person in the room.

Ortiz said the U.S. has caught more fentanyl coming across the border this year than last year, but one agent wondered how much is not being caught.

“And that’s the problem,” the agent said.

The tension was reportedly diffused when someone in the room cracked a joke.