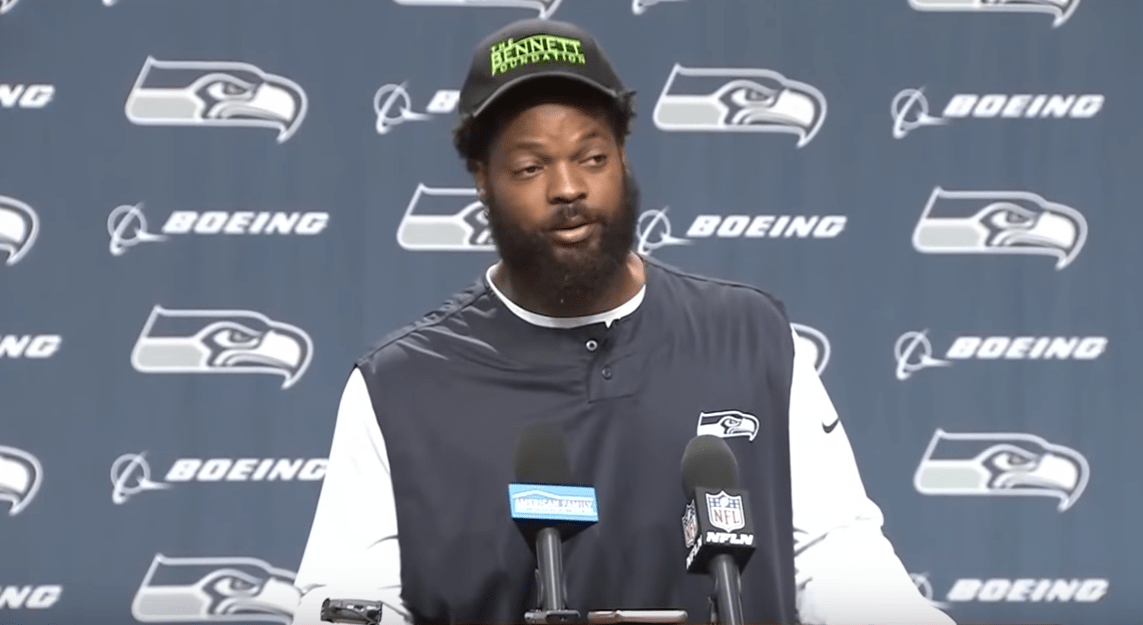 Just hours after Michael Bennett claimed that Las Vegas police profiled him because he was black,  the department gave their own version of events and strongly denied the accusation in a press conference on Wednesday.

According to Bennett, he was assaulted by police after attending the Mayweather-McGregor fight on August 26. At some point after the fight, Bennett was walking back to his hotel when he heard gunshots. The shots were heard by hundreds of people, who all began to flee the area.

Once police were on the scene, Bennett says that they “singled” him out and pointed their guns at him for “nothing more than being a black man in the wrong place at the wrong time.”

Las Vegas Metropolitan Police Undersheriff Kevin McMahill gave the department’s version of events during the department’s press conference, and says that he didn’t believe there was any racial profiling involved in the Bennett incident.

According to McMahill, police received a call around 1:30 a.m. on Sunday about a possible active shooter who was believed to be somewhere around Drai’s nightclub at the Cromwell casino.

When officers arrived at the hotel, it was total chaos as hundreds of people were attempting to flee the supposed shooter.

After clearing the casino, a team of officer’s started heading toward Drai’s nightclub, and while they were on the way there, they located Bennett.

“As they moved toward the nightclub, an individual later identified as Bennett was seen crouched down behind a gaming machine as the officers approached,” McMahill sald. “Once Bennett was in the officer’s view, he quickly ran out the south doors, jumped over a wall onto Flamingo Road East of Las Vegas Boulevard into traffic.”

According to McMahill, the officers viewed Bennett’s actions as suspicious, which is why he was handcuffed.

“Due to Bennett’s actions, and the information the officer’s had at the time, they believed that Bennett may have been involved in the shooting and they gave chase,” McMahill said. “Bennett was placed in handcuffs and detained while officers determined whether or not he was involved in the incident.”

Bennett claimed that he was detained for an “eternity” and police said that it was 10 minutes.  In the below video, multiple officers are seen walking and running by multiple African Americans and none of them were stopped.

While we aren’t questioning Bennet’s perception, if you run from cops at the scene of an active shooting, can you really expect to not be stopped?

One thing is for certain, every inch of that hotel is being filmed and police will piece together this incident and if video reveals what Undersheriff Kevin McMahill has said, then Bennet needs to apologize to the police department, the NFL and America.  False claims of racism do nothing but further harm law enforcement and the community they serve.  You can read more about this incident at CBS Sports.