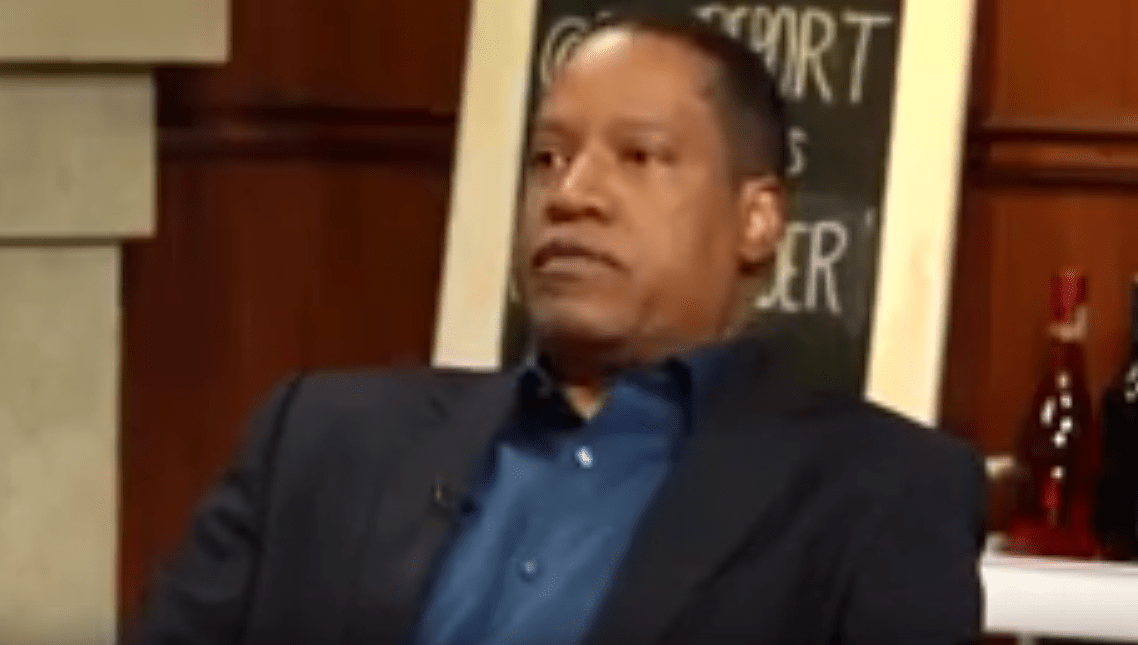 Talk-show host, attorney, and best-selling author Larry Elder said the breakdown of the family — fatherless families — is the number one problem in America, not racist cops. He added that when it comes to murder, nearly half of the homicides each year are black-on-black killings. His comments came on a recent episode of the The Rubin Report.

“So, you’re far more likely to end up in jail without having a dad, than you are because of a white racist cop,” said Elder.

When host Dave Rubin brought up the issue of “systemic” discrimination against blacks, Elder repeatedly asked him to provide a specific example. “Give me the most blatant racist example you can come up with right now,” he said.

Rubin then said, “I think you could probably find evidence that, in general, cops are more willing to shoot  if the perpetrator is black than white.”

Elder said, “What’s your data, what’s your basis for saying that? I’m talking about what the facts are. Nine hundred sixty-five people were shot by cops last year and killed. Four percent of them were white cops shooting unarmed blacks.  In Chicago, in 2011, 21 people were shot and killed by cops. In 2015, there were seven.”

“In Chicago, which is a third black, a third white, a third Hispanic, 70% of the homicides are black on black – about 40 per month, almost 50 per year – last year in Chicago and 75% of them are unsolved,” he said.  “Where is Black Lives Matter on that?”