“White Pandemic”: How bigotry ignores the facts about hate crime in America

"Whites" are actually the second-largest group of hate crime victims 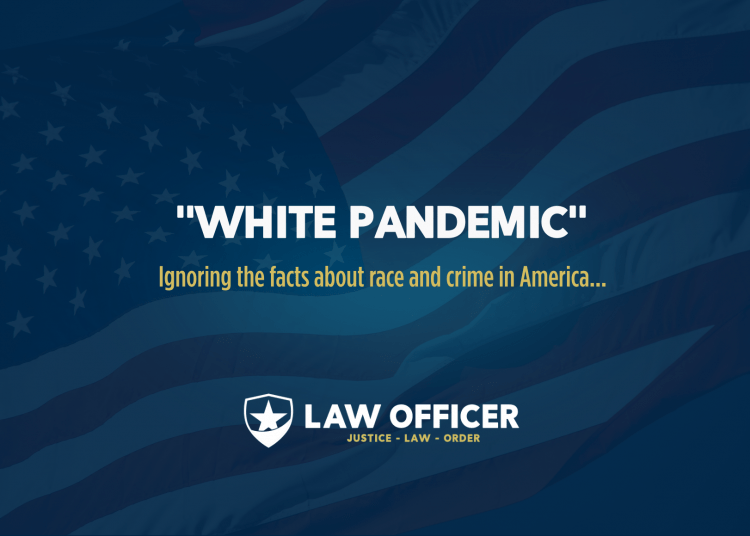 Of course, as it often happens in America, the latest horrific crime in the headlines has raised the level of political bigotry and racial prejudice regarding crime and law enforcement. Until now, the bigotry and racial prejudice demonstrated by politicians and the media may have had some resemblance to the actual facts and circumstances. But the latest round of bigoted “outrage” about violence against Asian Americans is not only void of any sense of reality—it ignores even the basic facts.

For example, while politicians and so-called “journalists” are falling over themselves—to virtue signal any race-based connections to violence against Asian Americans they can possibly imagine—the shooter himself explained how his motives had more to do with sex addiction, temptation, and religion—not race. But that hasn’t stopped politicians and the media from pushing their racially prejudiced opinions, despite what investigators have to say.

But in their ignorance, wanna-be-woke politicians and so-called journalists have drawn some completely absurd conclusions, including that “Whiteness is a Pandemic.”

However, aside from such bigot-speak, when it comes to hate crime in America, the facts reveal a completely different story. According to FBI crime data for 2019 (the last complete year of data available), the most common bias motivations were “Anti-Black” and “Anti-White”—indeed, Whites are the second largest group of hate crime victims.

Considering the top three motivations for (single-bias) hate crimes based on race, religion, and ethnicity, the matter is even more complicated.

So, while journalists and politicians may think their bigoted and prejudiced opinions are the only things that matter, actual crime data reveals a completely different—and far more realistic—perspective.

Indeed, to help put the “whiteness pandemic” into perspective: Whites are the second largest racial group who are victims of hate crimes in America. Strangely, very few politicians have been touting plans to solve hate crimes related to “Anti-White” bias, and even fewer seem concerned with “Anti-Jewish” bias, if we consider race, religion, and ethnicity as well.

Instead of following ideological nonsense, bigotry, and political racism, to more realistically understand crime and criminal behavior in general, it often pays to look at the facts. So again, to put things into perspective, while the media is scurrying about to put Asians in just about every other headline, comparatively, there were 158 hate crimes with “Anti-Asian” bias motivation reported in 2019 according to FBI UCR data.

Granted, 2019 was a long time ago. And many aspects of crime and law enforcement have changed since then. But unlike attention-seeking politicians, and bow-before-my-wokeness journalists, we cannot ignore the facts about who is responsible for crimes against Asian Americans (not to point fingers, but many of the suspects are Black, if the violence against Asian Americans in New York and other cities are any indication).

Fortunately, there is still hope. And there are professional journalists out there who care about facts and common sense—and taking a realistic approach to crime and victimization in America. For example, the remarkably clear, well-researched article written by Kimmy Yam published by NBCNews should be considered a must-read by anyone who wants to make sense of the latest bigoted nonsense. More importantly, however, Yam pinpoints the problem: the news media and “social media posts have conflated violence against people who are Asian American with hate crimes against the community at large, tying the crimes to pandemic racism.”

Meanwhile, we’re still wondering why data comparing the race/religion of victims—and offenders—has yet to be made available by the FBI and the DOJ…

Former NYPD Commissioner says crime is ‘going to get worse’