The homicides do not appear to be race related 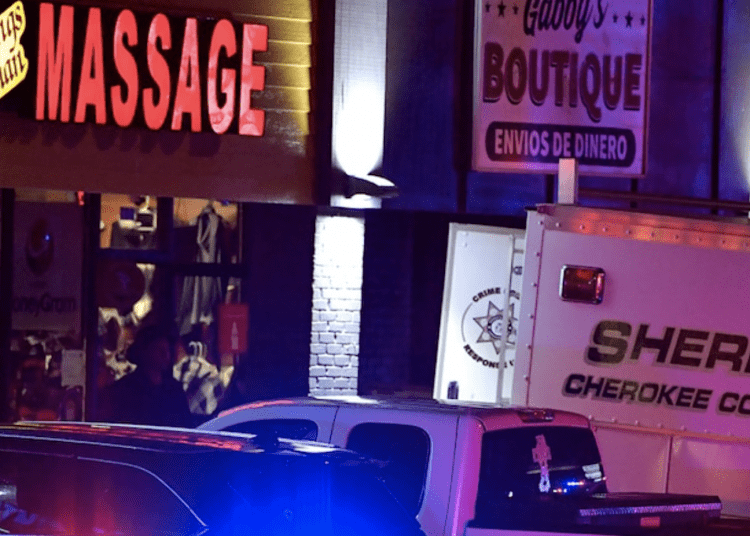 Police officials said the investigation is ongoing, but the events were not believed to have been racially motivated. Instead, they believe Long opened fire because he saw the locations as “an outlet for him” to succumb to purported sex-addiction temptations, Cherokee County Sheriff’s Office Capt. Jay Baker said during a news conference, Fox News reported.

“He apparently has an issue, what he considers a sex addiction, and sees these locations as …. a temptation for him that he wanted to eliminate,” Baker said.

Long, 21, was reportedly on his way to Florida at the time of his Tuesday night arrest and indicated he was potentially going “to carry out additional shootings,” Mayor Keisha Lance Bottoms said at the news conference.

Officials stressed that the investigation is ongoing, with authorities not making an official determination as to the motive of the attacks at this time. Cherokee County Sheriff Frank Reynolds said the suspect may have a “sexual addiction” and “may have frequented some of these places in the past,” but said it was too early in the investigation to say whether they were dealing with a hate crime.

Long has so far been charged with at least four counts of murder and a single count of aggravated assault, according to a press release. He is expected to be arraigned on Thursday morning.

Reynolds said investigators were able to track down their suspect in part because Long’s family contacted police after surveillance images were posted on social media.

“Shortly thereafter we were contacted by members of the family indicating that that may be their son, so we met with them,” Reynolds said. “They’re very distraught and they were very helpful in this apprehension.”

Police were able to track Long’s cell phone and arrested him without issue, authorities said.

“Crisp County Sheriff’s deputies, along with the Georgia State Patrol, were waiting for Long as he entered Crisp County,” a press release from the Cherokee County Sheriff’s Office stated. “After a short pursuit, a PIT maneuver was conducted on Long’s vehicle, and he was taken into custody without incident.”

Police also said Long was acting alone and that a 9mm handgun was found in his car when he was arrested.

Long purchased the gun used in the shootings just hours earlier, according to the Atlanta Journal-Constitution.

Rita Barron, the store manager of a business neighboring the massage parlor that was targeted in Cherokee County, said that security footage of the parking lot outside the stores showed the gunman had been sitting outside in his car for about an hour just watching.

Suspect in a multiple shooting on Hwy 92 near Bells Ferry Rd. If anyone recognizes this suspect or his vehicle please call 911.

Baker said investigators “got that impression that, yes he understood the gravity of it and he was pretty much fed up, at the end of his rope. Yesterday was a really bad day for him and this is what he did.”

Long did not resist during his arrest in Crisp County, about 150 miles south of Atlanta, police officials said. When investigators interviewed him later, he “made indicators that he has some issues, potentially sexual addiction, and may have frequented some of these places in the past,” Reynolds told reporters.

Investigators are still working to determine the motive, but said the victims could have been “targets of opportunity,” Reynolds said.

About an hour later, police responding to a call about a robbery found three women dead from apparent gunshot wounds at Gold Spa near Atlanta’s Buckhead area, where tattoo parlors and strip clubs are just blocks away from mansions and skyscrapers in one of the last ungentrified holdouts in that part of the city. Officers then learned of a call reporting shots fired across the street, at Aromatherapy Spa, and found another woman dead, AJC reported.

The sheriff’s office identified an injured person as 30-year-old Elcias R. Hernandez-Ortiz. Atlanta Police have not yet released the identities of the other victims who died, Fox reported.

Little is known about the suspect, who is from Woodstock. Police said his parents were cooperative with authorities.