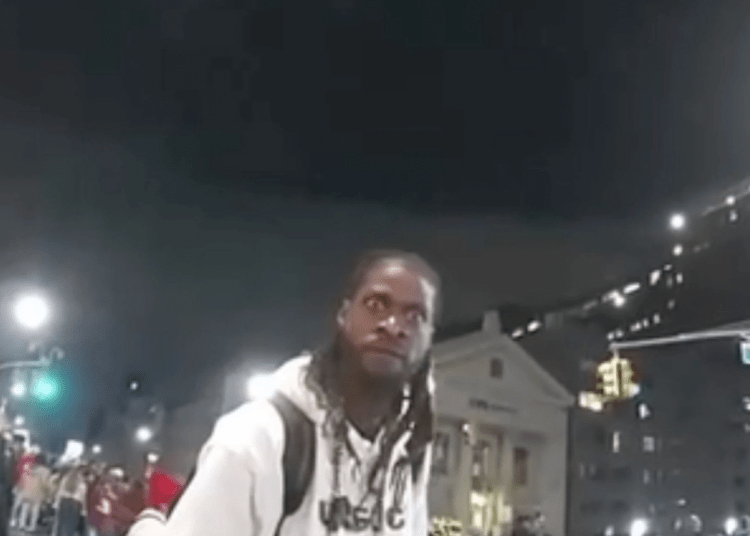 New York City — A man was caught on police bodycam spewing a vile, racist rant at an Asian-American NYPD detective during a protest in Manhattan. The 16-year veteran of the NYPD was assigned to the protest on March 11th when a protester approached him and began shouting anti-Asian slurs, according to sources with knowledge of the incident.

“Suck a dog’s d—k, p—-y. Then cook it and eat it in front of your mother,” the man tells the cop, according to footage of the shocking incident obtained by The New York Post.

The man then told the officer to have “a goddamn tea party,” before mockingly repeating the word “soy sauce.” In what seems to be some kind of deranged Chinese food stereo-typing, the man ended his hateful tired by asking the officer if he was going to put it on the “lunch special.”

Paul DiGiacomo, president of the Detectives’ Endowment Association, said the incident was “disgusting and despicable.” Yet since it was just another hate-filled tirade against police officers, DiGiacomo also said it was “not at all surprising.”

However, DiGiacomo pointed out that how there is plenty of accountability required for this kind of hateful behavior against police officers: “This is the sad reality that police have to deal with and feckless politicians have invited.”