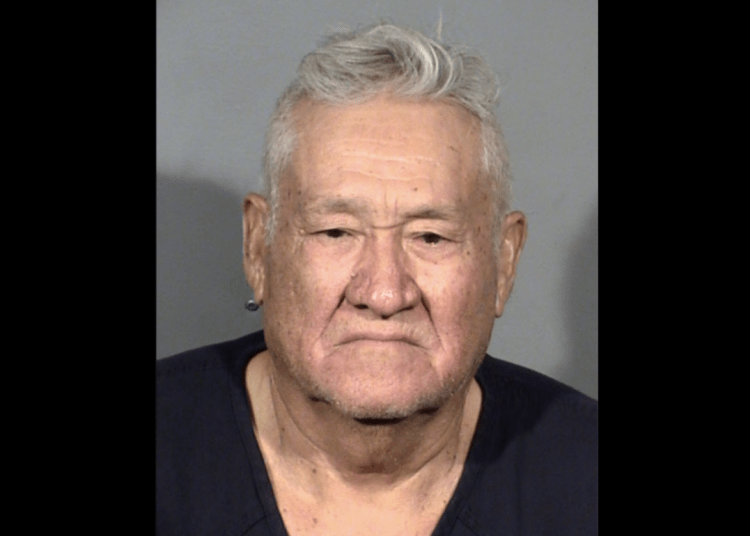 LAS VEGAS — A landlord accused of shooting three tenants, killing two of them, after an argument over unpaid rent at his Las Vegas home told a witness that “he didn’t want to go through the eviction process,” a prosecutor said Wednesday. Hence, a judge denied bond for the elderly man after the callous details were presented in court, The Associated Press reported.

Arnoldo Lozano Sanchez, 78, was arrested Tuesday, according to a press release from the Las Vegas Metropolitan Police Department.

On August 10, 2021 at approximately 12:23 a.m., patrol officers responded to a shooting in the 200 block of West Chicago Avenue. Arriving officers located a female victim laying in the driveway suffering from gunshot wounds. That victim was evacuated from the immediate area and was later pronounced deceased. Shortly after, an adult male exited the residence suffering from multiple gunshot wounds. He was transported to UMC Trauma and is expected to survive.

Officers contained the residence and had information that the suspect, 78-year-old Arnoldo Sanchez was still inside. Communication was established with Sanchez who eventually surrendered without incident. After his surrender, officers cleared the residence and located another deceased adult female inside.

The investigation by the LVMPD Homicide Section indicates Sanchez was renting out rooms to the three victims. An argument occurred between one of the female victims and Sanchez over unpaid rent. During the argument, Sanchez shot the victims. Sanchez was booked into the Clark County Detention Center for two counts of Murder and one count of Attempt Murder.

The identification of the victims, as well as the cause and manner of death will be released by the Clark County Coroner’s Office.

Sanchez shot the surviving man nine times, authorities said in the AP report. He told a witness “he didn’t want to go through the eviction process,” and that he “wanted to handle it, quote-unquote, ‘his way,’” said Chief Deputy District Attorney Tim Fattig at the arraignment on Wednesday.

“His way” allegedly involved expressing glee, Law & Crime reported. A male witness claimed to see Sanchez “smiling and laughing” after apparently shooting one of the women and again after Sanchez barged his way into another victim’s room, apparently opening fire and exiting, according to the police report obtained by The Las Vegas Review-Journal.

“I don’t know what I’m being accused of,” Sanchez expressed in court, speaking though an interpreter, according to the Review-Journal.

Deputy Public Defender Sarah Hawkins requested a $25,000 bail, saying it would be like having no bail at all because Sanchez said he could not afford even a penny. Ultimately, Justice Court Judge Joe Bonaventure denied bail for Sanchez.