While the DA confirmed that Blake was armed with a knife, many notable news outlets still reported that he was unarmed 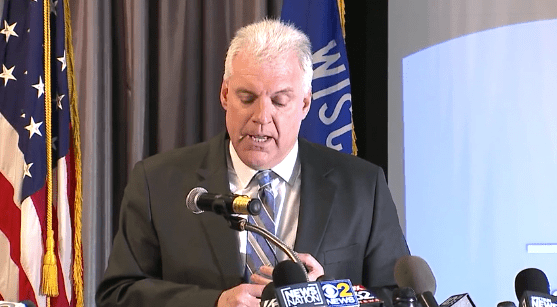 KENOSHA, Wis. — The district attorney on Tuesday cleared Officer Rusten Sheskey of the Kenosha Police  Department in the Aug. 23 shooting of Jacob Blake in Wisconsin, an incident that touched off deadly riots and protests in the United States, which were already set in motion due to the custodial death of George Floyd a few months earlier in Minneapolis, Minn., Law Officer reported.

How the Media Got It Wrong—Completely Wrong

During a press conference, Kenosha District Attorney Michael Gravely debunked false claims made by the media and activists.

“There are many commands disobeyed and that’s not only talked about by all the officers, but that’s admitted by Jacob Blake in his statements and there are a number of civilians who talk about that as well,” Gravely said. “And there are multiple ways that officers try to bring Jacob Blake into custody, again, none of those I think visible in any of the videos. They try to direct him to the ground, they try to grab, multiple officers try to grab his arms and secure him so he can be cuffed. He admits at one point officers were trying to ‘handcuff me but I was able to get up.’”

“There’s a time where he’s down on the ground … where a really close viewing of it shows Jacob Blake is on top of someone who has to be Officer Sheskey based on everyone else and Officer Sheskey says, ‘I was on top of him and then he was on top of me as we were grappling for me trying to get him under arrest,’” Gravely continued. “Most importantly, he was tased twice using remote penetrators and once with a direct strike with Taser. So, I’m going to suggest to you three attempts were made to tase Jacob Blake to get him in compliance.”

Jacob Blake Was Armed: He Admited It, But The Media Ignored It

Gravely then debunked a key false claim that was promoted by the media and left-wing activists.

The media and left-wing activists continued to make the false claim that Blake was “unarmed” on social media even during the press conference where Gravely said that it was not true, Daily Wire reported.

Some of the Worst Offenders: AKA “Journalists”

Notable examples of “journalists” who ignored the facts and evidence—and promoted false claims about Blake being “unarmed” on Twitter include:

Time to Demand Greater Accountability from Politicians & The Media