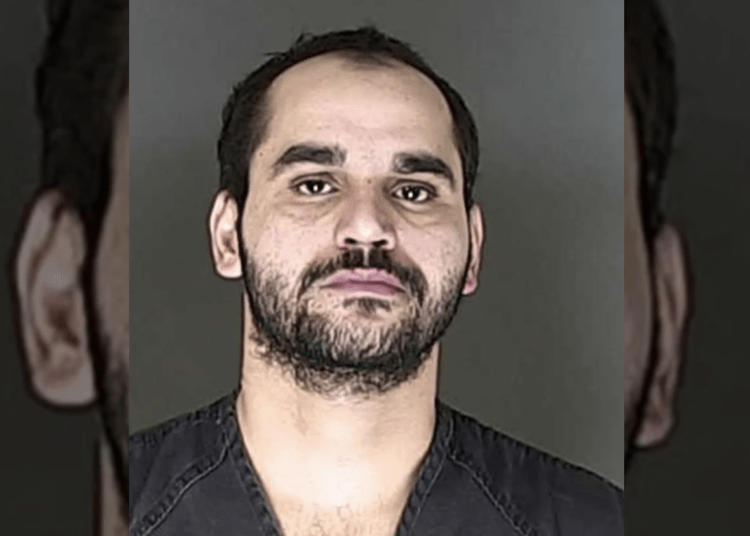 COLORADO SPRINGS, Colo. — A man set to be deported in 2016 was convicted and sentenced by a jury for the shooting of a Colorado Springs police officer and leaving him brain-damaged in 2018. The Iraqi refugee was given a 45-year prison sentence on Thursday, according to reports.

Officer Cem Duzel responded to a shots fired call in a residential area in August 2018. Upon arrival he encountered Karrar Al Khammasi who fired and shot him in the head, according to FOX 21 in Colorado Springs.

Al Khammasi had recently been kicked out of an Uber by a female driver who said he was harassing her.

The Iraqi refugee, was supposed to be deported in 2016 for a felony trespassing conviction. However, he was allowed to remain in the U.S. due to a change in the law, according to the Colorado Springs Gazette.

He was convicted of first-degree attempted murder, assault on a police officer, menacing and illegal possession of a weapon in June, according to FOX 21.

“This case really speaks to the dangers that law enforcement encounter every single day,”  District Attorney Michael Allen said Thursday. “And it’s not in the streets of New York City or Los Angeles; it’s even right here in Colorado Springs.”

Despite months of rehab following the shooting, Duzel has not fully recovered and his life has never been the same. In 2019, he received the department’s highest honor: the Medal of Valor.

“This guy is a hero, he stopped a threat that night, he stopped the potential of other individuals being hurt or killed by his courageous contact with an armed suspect,” Howard Black, a 4th Judicial District spokesperson said, according to FOX 21.

Every day Duzel is determined to get better from his brain injury.

Duzel and his family thanked everyone on Thursday for the support during his difficult journey over the last three years, FOX reported.

“Today was a closure,” his father, Mumtaz Duzel, said, according to the Gazette. “As a father, was it enough? Probably not, to be honest, but justice was served today.”