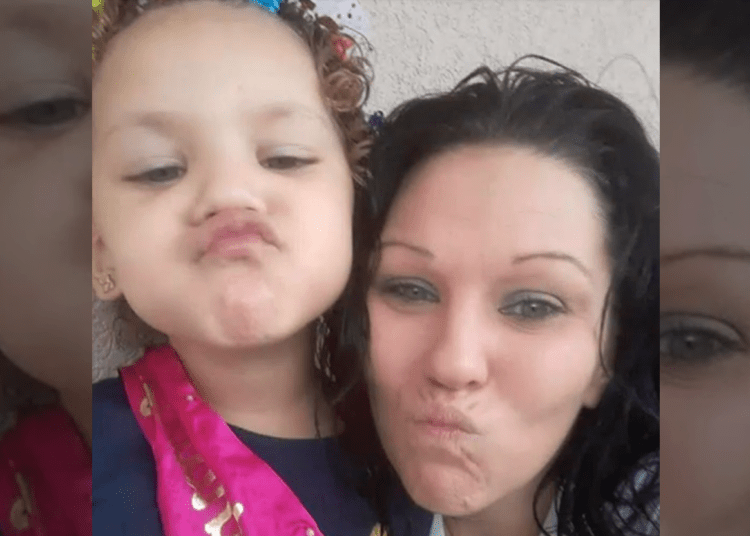 Kamarie Holland, 5, was prostituted by her mother, Kelly Siple, and subsequently murdered, according to authorities. (Screenshot WRBL-TV)

COLUMBUS, Ga. — A Georgia girl who was merely 5-years-old was heinously murdered after her own mother accepted cash from a perverted man to have sex with the young child, according to authorities.

Kelly Siple, 35, was taken into custody for prostituting her daughter and murder following the death of little Kamarie Holland. The arrest comes weeks after the mother denied involvement and called the child “my life” during a tearful TV interview.

Court documents obtained by News 3 allege the day Holland’s mother reported her missing, investigators believe Siple sold the child, knowing the little girl would be sexually abused in exchange for money. Investigators say the little girl was raped, sodomized then strangled to death.

Moreover, prosecutors say Jeremy Tremaine Williams, 37, is the demented man who paid Siple to have sex with the girl before he ruthlessly killed her, WRBL-TV reported Friday, citing court records.

Siple reported her daughter missing Dec. 13. According to her claim, she awoke and discovered the front door open at her home in Columbus, Ga. Holland was found dead later that day in Phenix City, Ala., in an empty room where Williams once lived, the New York Post reported.

“I definitely think the motive was a sexual encounter,” Russell County Sheriff Heath Taylor said during a news briefing after Holland’s body was discovered in mid-December.

Investigators quickly identified her killer as Williams, according to authorities. Police arrested him at the Bamboo Motel in Phenix City, about 9 miles from the girl’s home, Fox News reported.

Before a gag order was placed on the case, law enforcement authorities told WRBL that Siple and Williams had a relationship of sorts. He has previously been accused of child abuse in at least three other cases, according to the news outlet.

Two days after Holland’s murder, her mother donated the girl’s toys to WTVM-TV for the station’s annual toy drive. She said the child would’ve wanted her toys donated “because she was a very helping child.”

“I’m a mommy – I did not have nothing to do with this,” she said. “She was my life. I lived for her. She was my only girl. I have three boys and her.”

“She’s a monster,” said the statement, from dad Corey Holland. “A real mother protects and would die for her children … My family and I will continue to wrestle with the loss of losing our angel Kamarie. We will ask that you continue to make your news about her and the justice she deserves.”

“The only thing I have to say is, please monitor where your kids are and who they are around,” Dent-Fitzpatrick told the station.