A terminally ill Wisconsin girl who loves dogs experienced a dream come true on Saturday after nearly 40 police departments and dozens of K9 officers lined up outside her home to pay her a visit.

Emma Mertens, a seven-year-old diagnosed with a rare inoperable brain tumor in January, got to see dozens of real-life canines after police officers and K9 officers visited her home on Saturday morning.

“Today, just a few of us (roughly 40) stopped by to see Emma,” the Hartford Police Department wrote in a Facebook post. “She had no idea we were coming so she was VERY excited. What an amazing and strong little girl. It was such a great morning.” 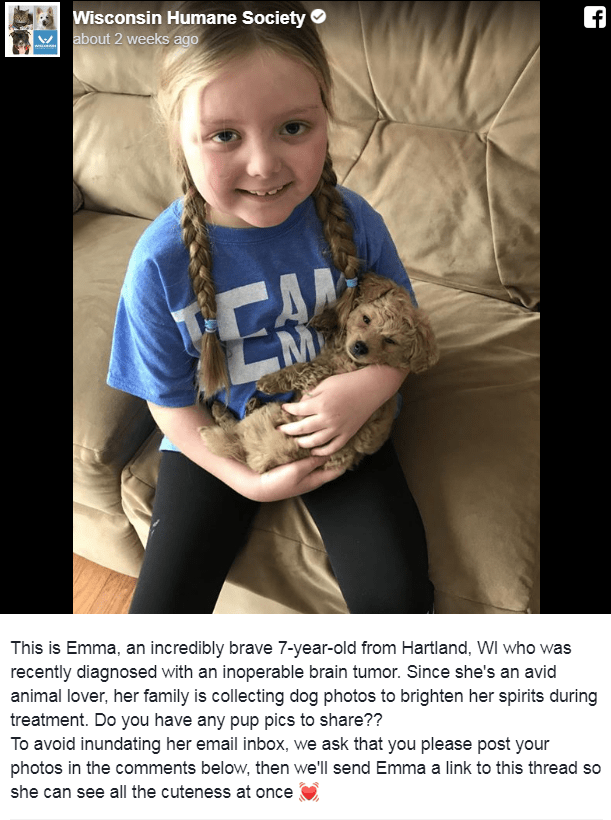 Despite the grim prognosis from doctors, Emma decided to stay positive. Shortly after receiving the diagnosis, Emma asked if she could receive photos of dogs to lift her spirits while undergoing treatment.

What Are Your Thoughts?
Tags: K9News