The actor has become a national punch line 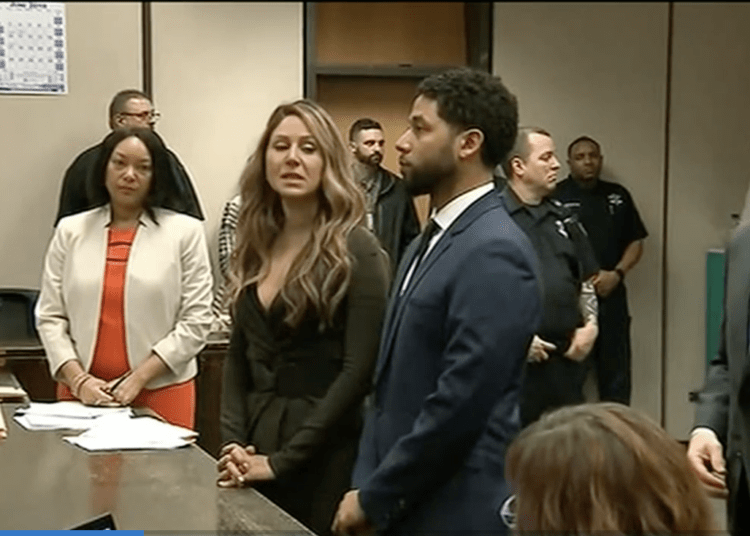 CHICAGO — Nearly three years after the drama surrounding Jussie Smollett’s claim that he was victimized by racist haters, the actor is going to trial for reportedly concocting the hoax. His legal proceedings begin on Monday.

Smollett was charged with felony disorderly conduct after detectives and prosecutors said he not only lied to police about the alleged crime, but created and choreographed the early morning action of Jan. 29, 2019, in downtown Chicago. Jury selection is scheduled to begin Monday, USA Today reported.

In a statement to police, Smollett claimed he was walking home from a Subway sandwich shop at 2 a.m. when suddenly, two men he said recognized him from the TV show “Empire,” began hurling racial and homophobic slurs at him.

Next, he maintained the alleged suspects struck him, looped a makeshift noose around his neck and shouted, “This is MAGA country,” a reference to then-President Donald Trump’s campaign slogan, “Make America Great Again.”

After weeks of investigation, Smollett was charged with staging the attack. The motive was reportedly to further his career and secure a higher salary.

Chicago police said the actor hired two brothers from Nigeria and paid them $3,500 to pretend to attack him during the staged hoax.

The crime allegations fueled ongoing race tensions in the country.

Consequently, Smollett was vilified as someone willing to use one of the most potent symbols of racism in the U.S. — a noose — to further his career.

“The most vile and despicable part of it, if it’s true, is the noose,” Judge John Fitzgerald Lyke Jr., who is black, said during Smollett’s first court appearance. “That symbol conjures up such evil in this country’s history.”

Furthermore, Smollett became a national punch line as investigative details were discovered, convincing most of America that the situation was nothing more than a disturbing performance. The disgraced actor was the subject of a “Saturday Night Live” skit and a host of black celebrities, from NBA analyst Charles Barkley to comedian Dave Chappelle, who took turns poking fun at him, USA Today reported.

So now the stage is set. After nearly three years, the evidence will move from news stories and editorials to the courtroom.

Key witnesses will include Abimbola and Olabinjo Osundairo. They are the brothers who say Smollett wrote them a check to stage the attack. They are expected to testify that Smollett was the director and star performer of a fabricated drama in view of a surveillance camera that he mistakenly believed would record the entire event.

The brothers will also describe how Smollett drove them to the spot where the incident was to play out for a “dress rehearsal,” according to Gloria Rodriguez, a lawyer who represents the men.

“He was telling them ‘Here’s a camera, there’s a camera and here’s where you are going to run away,’” Rodriguez said, according to the news outlet.

Disorderly conduct, a class 4 felony, carries a sentence of up to three years in prison. However, even if convicted, that is unlikely. Experts have said it is more likely that Smollett would be placed on probation and perhaps ordered to perform community service if the jury finds him guilty.