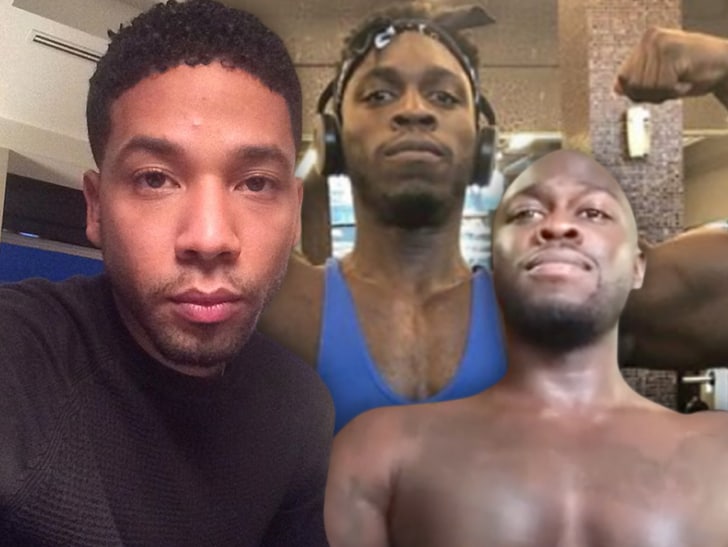 An attorney for disgraced actor Jussie Smollett has asked for a mistrial after she claimed the judge in the case “lunged” at her during court proceedings. Tamara Walker, one of several lawyers representing the former Empire actor, accused Cook County Judge James Linn of ‘physically lunging’ at her Thursday, during a break from her team’s cross-examination of a key witness in the case.

The alleged incident happened after Smollertt’s legal team was grilling Olabinjo Osundairo in cross examination. Olabinjo is one of two Nigerian brothers that prosecutors claim Smollett payed $3,500 to beat him up. Smollett later claimed that he was the victim of a hate crime and that the attackers yelled “this is MAGA Country” after they placed a noose around his neck, calling him racial and homophobic names.

The Daily Mail reported that during the cross-examination, Walker showed the court a social media post where the 30-year-old slammed gay singer Frank Ocean, saying ‘that [n-word] gay.’

Olabinjo reportedly told Walker that he didn’t consider the tweet ‘problematic,’ but rather an off-color joke between friends.

Olabinjo also acknowledged that he used the term ‘fruity ass’ to refer to a man he suspected was gay, which prompted Walker to ask if his friend Smollett knew he’d said such things in the past.

Before Olabinjo could respond, Judge Linn stopped the questioning, calling its contents ‘collateral’ – meaning it did not have any relevance to the crime Smollett is currently accused of.

Walker asked the judge for a sidebar and Linn granted it.

According to Walker, during the conference, Linn ‘physically lunged’ at her after members of the jury had left the room, spurring the lawyer to motion for a mistrial – which Linn promptly denied.

‘When you said the word mistrial on these grounds, frankly I was stunned you’d even consider a mistrial based on this,’ Linn reportedly responded.

‘I marched right back behind my bench,’ Linn told The New York Post Thursday following the alleged incident, adding that he didn’t lunge at the lawyer.

After seeing her motion rejected, Walker appeared to be close to tears as she argued with Linn that her questions were warranted. She left the courtroom with her mother as the rest of Smollett’s team continued to clamor for a mistrial.

Osundairo testified that his intention was ‘getting the truth out.’

He added that he had made no arrangements or deals with the prosecution, and was testifying to accurately share what actually happened the night of the alleged attack, a night he and his brother said was ‘colder than penguin feet’.

The brothers said they were hired by Smollett to beat him up but not hurt him in a staged hate crime that Smollett wanted to go viral.

The brothers said that they did not anticipate that police would become involved, and only ever wanted to help Smollett, their ‘friend’ who’d helped them with their careers and picked up the tab when they partied together.

Olabinjo later testified that he could not get the rope around Smollett’s neck on the night of the attack. By the time police arrived to question Smollett, it was around his neck – which suggests he put it there himself.

After the attack, Abimbola and Olabinjio flew to Nigeria, in part to audition for the Nigerian version of Big Brother. They said they searched online for the story to see if Smollett had gotten the reaction he reportedly told them he craved.

‘Abimbola said that “he wanted it. He got what he wanted.”