Greg McMichael, his son Travis McMichael, and their neighbor William "Roddie" Bryan were all convicted of murder 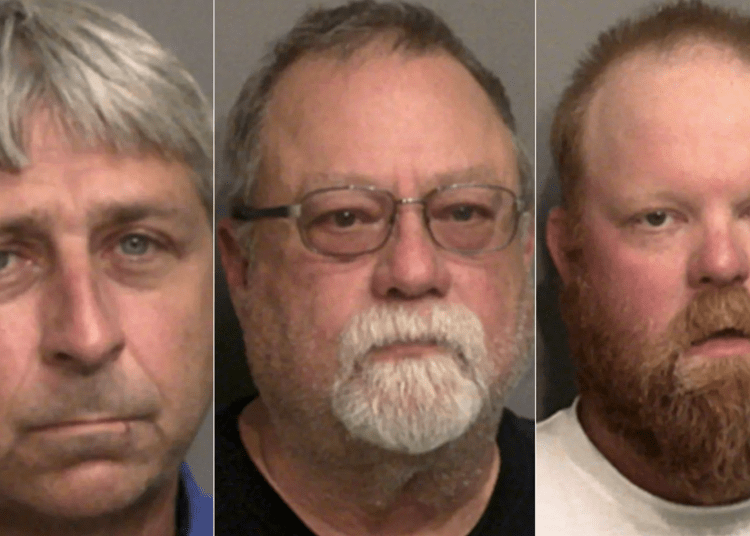 The jury, which consisted of 11 white individuals and one black, reached their verdict on the 14th day of trial at the Glynn County courthouse.

On the day Arbery, 25, was killed, Greg McMichael spotted Arbery “hauling a—” by his house and called for his son. The pair grabbed their guns and hopped in a pickup truck. Bryan soon joined the chase in his own pickup truck on the fateful Sunday afternoon.

Prosecutor Linda Dunikoski told jurors that the criminal defendants pursued Arbery for five minutes, as Greg McMichael threatened, “Stop or I’ll blow your f—king head off!” The men then used their trucks to trap him, she said, according to Fox.

When they caught him, Travis McMichael and Arbery tussled over McMichael’s shotgun. During the confrontation, Travis McMichael opened fire at close range, striking Arbery twice in the upper torso, killing him. McMichael claimed self-defense.

Bryan filmed part of the encounter on his cellphone. Immediately after the shooting, Travis McMichael reportedly blurted out, “F—ing n——” as the 25-year-old took his final breaths, according to Bryan’s statement to an investigator.

Nothing will bring back Ahmaud, but his family will have some peace knowing the men who killed him will remain behind bars and can never inflict their brand of evil on another innocent soul. pic.twitter.com/PE2StvD4er

It’s noteworthy that no one was initially charged in the killing until Bryan’s video was made public. At that point, the Georgia Bureau of Investigation took over the investigation, according to Fox.

The defendants plan to appeal the verdict, AP News reported.

Superior Court Judge Timothy Walmsley did not immediately schedule a sentencing date, saying that he wanted to give both sides time to prepare.