She appeared to have 'initiated a criminal prosecution for political purposes,' the judge wrote 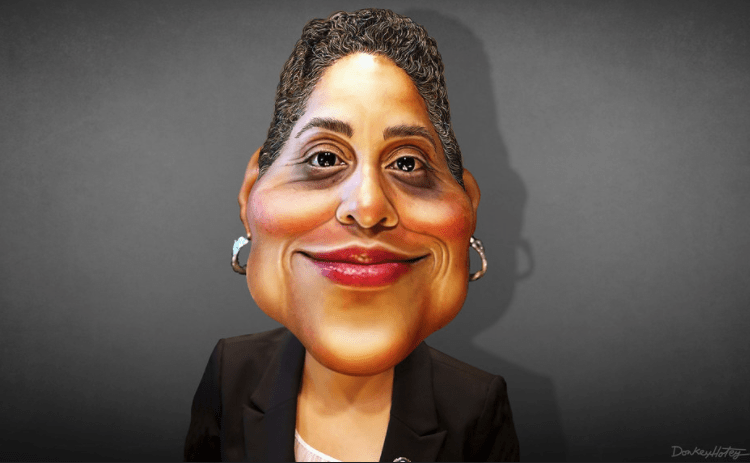 ST. LOUIS — The circuit attorney for the city of St. Louis has been disqualified from prosecuting Mark and Patricia McCloskey, a local couple facing felony charges after defending their home with weapons when protesters marched through their neighborhood in June, according to reports.

The content of some campaign fundraising emails by Circuit Attorney Kim Gardner infringed on the McCloskeys’ right to receive a fair trial, Circuit Judge Thomas Clark II ruled Thursday, according to the St. Louis Post Dispatch.

Gardner’s emails suggested that by charging the McCloskeys in July, she appeared to have “initiated a criminal prosecution for political purposes,” the judge wrote, according to the news organization.

“Like a needle pulling thread, she links the defendant and his conduct to her critics,” Clark wrote. “These emails are tailored to use the June 28 incident to solicit money by positioning her against defendant and her more vocal critics.”

The McCloskeys were indicted in October on felony charges of unlawful use of weapons and tampering with physical evidence stemming from the June incident. They have pleaded not guilty.

The couple has remained steadfast in their right to protect life and property from violence as the angry mob marched through the neighborhood, reportedly threatening harm to them. The protests came during a wave of rioting and other violence in cities across the U.S. in reaction to the May 25 custodial death of George Floyd in Minneapolis.

At the time, the McCloskeys said the protesters broke through an iron gate, ignored a “No Trespassing” sign, and screamed threats of arson and rape at them, Law Officer reported.

The incident landed the couple an appearance during the first night of the Republican National Convention, where they asserted their Second Amendment right to defend themselves, Law Officer reported.

“The radicals are not content just marching in the streets,” Mark McCloskey said during a virtual speech. “They want to walk the halls of Congress. They want power. This is Joe Biden’s party. These are the people who will be in charge.”

Nine Black Lives Matter protesters who were confronted by the armed St. Louis couple on their lawn during the June 28 encounter were issued citations for trespassing in September, but the charges were dismissed.

The ruling was a win for the McCloskeys after they requested Gardner’s removal from the case in October, citing the fundraising emails, Fox News reported.

It was not clear what the next step would be in the McCloskey case. If a special prosecutor is assigned to the case in place of Gardner, that person could decide to dismiss the charges against the McCloskeys, FOX 2 reported.

Missouri Gov. Mike Parson, a Republican, has already stated he would pardon the McCloskeys if they are ultimately convicted.

The circuit attorney previously served in the Missouri House of Representatives.