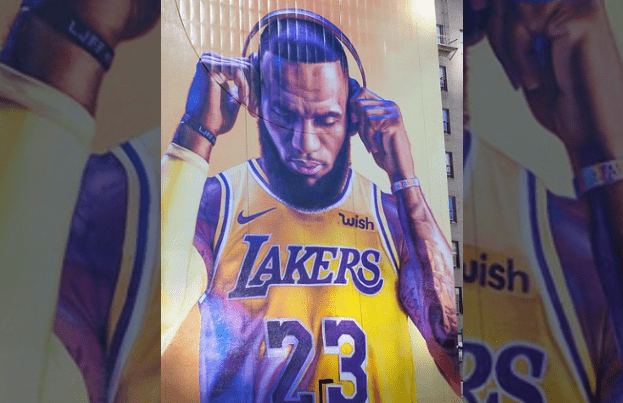 Sports journalist Jason Whitlock has been writing a daily article trying to educate professional athletes on the evils present in the Black Lives Matter movement.

Tuesday he published an article titled, “LeBron James Is A Bigot.” It is included below:

Time for BLM 101, Volume 4. BLM 101 is dedicated to educating professional athletes about the negative consequences of the Black Lives Matter movement. BLM 101 makes every effort to avoid snark and ridicule. Today that will be difficult.

OK, let’s head to the NBA Bubble at Disney World and check in with the NBA Police Review Board headed by internal affairs officer LeBron James. From his Florida hotel, Officer James is leading the investigation into the Kenosha, Wisconsin police-involved shooting of Jacob Blake.

“And y’all wonder why we say what we say about the police! Someone please tell me WTF is this?! Exactly another black man being targeted. This shit is so wrong and so sad! Feel so sorry for him, his family and our people! We want justice.”

Monday night, after acquiring additional information while moonlighting as a small forward in a playoff game against the Portland Trail Blazers, Officer James held a press conference to discuss the shooting.

“I know people get tired of hearing me say it, but we are scared as black people in America,” James said. “Black men, black women, black kids, we are terrified.”

“We are scared as Black people in America. … Black men, Black women, Black kids. We are terrified.”

LeBron shared a powerful message on Jacob Blake and what it’s like to be African American in America. pic.twitter.com/UOMD7rk7Bd

I’m black. I’m not scared. I’m not terrified. Neither is LeBron James. He’s lying. He and the political activists controlling him want black people to immerse themselves in fear. Fear is a tool used to control people. If you comply with police instructions, there is virtually no chance of an American citizen being harmed by police.

“If you watch the video, there were multiple moments where if they wanted to, they could’ve tackled (Blake),” Officer James said. “They could’ve grabbed him. You know? They could’ve done that. And why, why does it always have to get to a point where we see guns firing?”

It’s very difficult to investigate police shootings and play NBA playoff games. Officer James is clearly unaware of a second video that shows police on the opposite side of Blake’s car wrestling with Blake on the ground. Blake escapes the police, gets to his feet and walks to the driver’s side of his vehicle.

I’m sure someone on the NBA Police Review Board will show James the second video at some point Tuesday.

“Quite frankly, it’s disgusting to have multiple cops around and not even thinking about (using) a Taser,” said Lakers forward Kyle Kuzma, one of James’ top police investigators. “And forget about the Taser, just simple combat and taking a man down instead of trying to shoot him.”

Again, the Lakers investigative team is clearly unaware of the second video and reports that police initially tried using a Taser on Blake.

James then speculated on the mindset of the police officer(s) who shot Blake.

I’m sure the Kenosha police are saying the exact same thing about Jacob Blake, who had an active arrest warrant for third-degree sexual assault at the time of the shooting. Blake has previously been arrested for pointing a weapon at people, carrying a concealed weapon into a building and domestic violence.

Did Jacob Blake wake up on the wrong side of the bed Sunday morning?

When I watched the initial viral video showing police shooting Blake in the back I was outraged. I waited to calm down. I sent the video to a couple of friends and discussed it with them. We wondered why it was only 20 seconds. Why was it edited? Was it edited and then released to provoke outrage, fear and rioting?

LeBron James has more than 40 million followers on Twitter. Doesn’t he have a moral responsibility to be informed and measured before commenting on a controversy that could inspire civil unrest? What’s the harm in waiting 48 hours, 72 hours or a week?

Is James intentionally being used as an agent of chaos?

His logic is consistent with the logic of white bigots. James uses occasional anecdotes to make sweeping negative generalizations about white police officers.

“And y’all wonder why we say what we say about police!”

James’ Twitter feed reads like a transcript from a KKK rally. Can’t you hear the Grand Wizard of the Klan shouting to his followers in the aftermath of O.J. Simpson?

“And y’all wonder why we say what we say about black people!”

As a black man that sort of racist tactic should be terrifying. That racist tactic was used to deny us freedom in this country. No one who professes to care about the welfare of black people would adopt the tactics of white bigots.

Bigots, regardless of color, have a common trait. Ignorance. Ignorance fuels their ego. Information is their enemy. They avoid it at all costs. Negative anecdotes frame their worldview.

Black Lives Matter is a clever Twitter hashtag designed to spread racial division. Twitter baits and rewards racial demagoguery. James is addicted to social media. His bigotry is no surprise.

You can read more of Jason Whitlock’s work here.