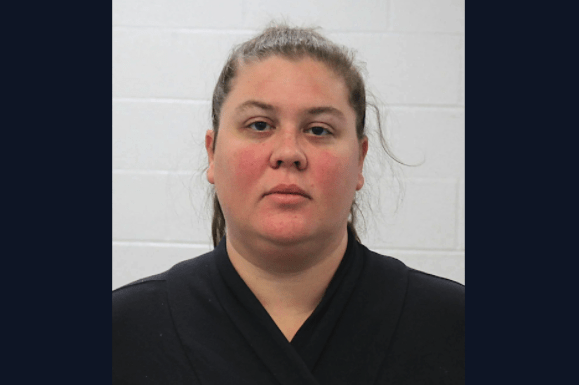 COUNCIL BLUFFS, Iowa — A high school teacher in Iowa is out of a job after she was arrested for allegedly leaving threatening notes around the school where she taught.

Katrina Phelan, 37, was charged with three counts of “Threats of Terrorism.” She was taken into custody on December 1, according to the Council Bluffs Police Department.

Law enforcement authorities said that several anonymous handwritten notes were discovered inside Abraham Lincoln High School in Council Bluffs. Each note talked about committing gun violence on school property. The threatening pieces of communication were discovered by people inside Phelan’s classroom and allegedly by the teacher, herself, around the high school, KHAK reported.

The high school increased security as the investigation unfolded over a period of several weeks. When investigators interviewed Phelan, she acknowledged writing the notes.

The press statement from the Council Bluffs Police Department said,

It was determined that she had no intentions or means of carrying out these threats. In at least one of the notes, Phelan, posing as an unnamed student, wrote that she was tired of being made fun of.

Phelan surrendered to authorities at the Pottawattamie County Jail in Council Bluffs last Wednesday. She posted bond and was subsequently released from custody, according to KHAK.

It was unclear when she is scheduled to make a court appearance.

In an email to parents, Law and Crime reported that Bridgette Bellows, principal at Abraham Lincoln High School wrote, in part,

… (the employee) will no longer be employed by the Council Bluffs Schools.

During (the) investigation, students provided us with information that was helpful. This is what we expect from students at ALHS.

We want all students, parents and staff members to have confidence that our schools are safe and supportive environments.

Phelan has an exposure of up to 15 years in prison if convicted.

The arrest came one day after a mass shooting occurred at Oxford High School in Michigan that left four students dead and seven people wounded. The murders were carried out by a 15-year-old sophomore at the school.