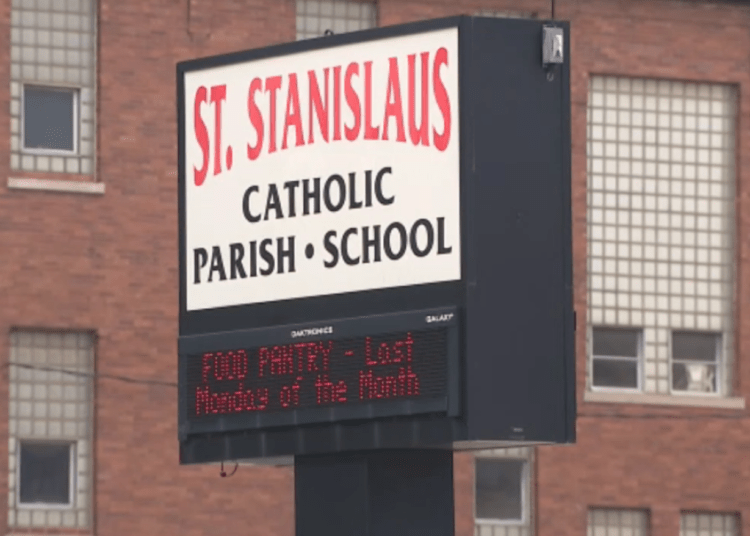 Police say Angelica Carrasquillo-Torres admitted to creating a "kill list" that included students and other staff members at the school. (Screenshot WFLD News)

EAST CHICAGO, Ind. – A school teacher in Indiana with an alleged “kill list” was arrested on Thursday after reportedly telling a fifth-grade student about the list targeting students and staff members, according to law enforcement authorities.

The St. Stanislaus School teacher was identified as 25-year-old Angelica Carrasquillo-Torres, according to the East Chicago Police Department in Indiana.

“On Wednesday October 12, 2022 at approximately 12:45 p.m. a 5th grade student told his/her Counselor that their 5th grade teacher made comments to him/her about killing herself, students, and staff at St. Stanislaus School. The teacher further told the student that she has a list and that he/she was on the bottom of that list,” the department said on Facebook.

The teacher was escorted to the principal’s office to discuss the situation. During the discussion, Carrasquillo-Torres reportedly acknowledged that she did in fact make those statements to the student and confirmed that she did have a “kill list.”

Police said the principal advised the teacher to leave and not return to school pending an investigation. However, school officials failed to notify law enforcement authorities of the situation for several hours.

“The East Chicago Police Department was not made aware of the situation until 4 hours later after the teacher was allowed to leave. Once Officers were notified they completed a report and notified the Criminal Investigation Division,” the agency said.

“On Thursday October 13, 2022 the Criminal Investigation Division was able to obtain an emergency detention order for the teacher, from the Lake County Prosecutors Office. The teacher who was identified as 25yr old Angelica Carrasquillo-Torres of Griffith, was taken into custody by our Detectives at approximately 11:15 a.m. at her Griffith residence without incident.”

ECPD said the investigation remains ongoing and no further details were immediately available.

The school is holding virtual classes on Friday following the incident, reported The Kansas City Star.

“We are grateful for the teachers and staff who carefully and compassionately listen to the concerns of students, with respect for their well-being,” the school said in a statement. “We thank God for the family culture of St. Stanislaus that provides students with an environment where they feel safe sharing concerns and questions with teachers and staff. We thank God for guidance while the situation unfolded on Wednesday, bringing truth to light in a way that protected all involved.”

“The original email that we received last night had no information of what was going on other than there was an issue in that specific classroom,” Kirsten Saldivar, the parent of a Pre-K student at St. Stanislaus School, told Fox 32 Chicago. “We knew nothing and we went about our normal schools days like nothing was wrong.”

As virtual education is taking place on Friday, the school also made counselors available to students and staff.