In the Bull’s Eye 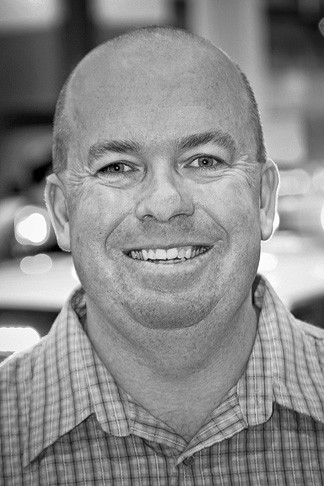 There’s an old saying: The more things change, the more they stay the same. I, for one, wish it weren’t true: Statistics show that, while our patrol vehicles are getting better, we’re still getting whacked at a consistent rate on crash investigations and traffic stops. As a former trooper who’s had his vehicle struck, I speak from experience.

So, what are we doing wrong? Are there some factors we can control to help mitigate the problem? It turns out there are a number of causes that lead to motorists striking stopped law enforcement vehicles and officers, especially in the freeway environment.

The Public
It’s no surprise our driving public sucks at what they do. We’re the most advanced country in the world in many ways. But we dole out licenses like they were breath mints. It gets much more personal, and dangerous, when you have to be that officer making the traffic stop on the side of the freeway or a busy thoroughfare.

The issue is both physiological and educational in nature. First, most drivers don’t recognize their limited ability to perceive colors—especially in low light. Second, drivers don’t correct for the fact that, as vehicles have become more refined, quieter and more rigid, it’s radically altered their ability to judge the sensation of speed, which means they can easily underestimate their speed when approaching you. Combined with the limited perception of speed is the decreased ability to judge distance during darkness.

Drivers routinely overestimate their driving ability. (Question: If everyone is a “great” driver, why do body shops and hospitals have no shortage of business?) Most are uneducated in state “move-over” laws, underestimate their closing speed and are often affected by fatigue, inattention, distraction and the effects of alcohol and/or drugs on their cognitive processing abilities.

There’s not much we can do about a lot of this. But we should recognize the reality that our roadways are full of bad and/or impaired drivers.

Patrol Vehicle Visibility
Here’s one we have some control over: vehicle visibility. Remember: What looks best may not be what works best. Law enforcement vehicles aren’t always designed correctly for effective visibility. There’s a socially conditioned belief that law enforcement vehicles should be black-and-white just like they’re in about every cop movie or TV show ever made. It’s time to let this one go. Think about it. If half the car is black, is it any wonder drivers only see half of it at night?

Add to this a lack of proper emergency lighting equipment in the appropriate color spectrum, plus a lack of proper reflective and luminescent materials on the sides and back of the law enforcement vehicle and visibility issues are compounded.

Did you know that white and yellow are much better color choices than red or blue when used as a visual signal? Additionally, while LED lights have continued to grow in use over the past few years, too many law enforcement agencies continue to use less-effective strobe and incandescent lighting systems for overhead illumination. Superior lighting is affordable these days, so replace as needed.

The Driver’s-Side Is a Bad Side
This past year, in the course of conducting training for a client, I traveled over 23,000 miles throughout more than 40 states and spent time in more than 48 cities. During that trip, I saw countless traffic stops and almost came unglued every time I saw a trooper, sheriff or PD officer conducting business on the driver’s side with his or her back to traffic.

Look, there’s little-to-no advantage to a driver’s side approach, even if you aren’t on a traffic stop on a busy street. This is especially true on stops in the freeway environment or similar. Simply put: You can’t possibly place 100% focus on the tasks inherent in a traffic stop when you also have to worry about get whacked by a passing car. And even if you did see that vehicle approach before it hit you, where would you run?

Despite this, many police academies still teach cadets to conduct traffic stops with a driver-side approach. Thankfully, it’s an easy one to fix without any special tools or equipment. Simply start doing your approaches on the passenger side. It gives you a better view of the interior as you approach and, more importantly, gets you away from the travel lane while giving you avenues of escape along the roadway. Repainting your patrol vehicle or changing lighting takes time and money. But you can make the passenger-
side approach change now.

Some police agencies, including highway patrol, train or encourage their officers to turn their warning lights off when on a traffic stop. This is in response to the often cited “moth effect”: the idea that motorists will tend to drive into the back of law enforcement vehicles because they are looking at the activated warning lights.

However, a landmark 2004 study by Lt. James D. Wells of the Florida Highway Patrol, showed this theory is invalid. Other studies have had similar findings. Therefore, officers who deactivate their emergency lights are eliminating their best tool to communicate messages to approaching traffic.

A secondary problem is the improper positioning of the patrol vehicle that leads to poor sight path for approaching motorists to recognize the activated emergency lights. Officers in these cases don’t position their vehicle in a manner where the lights can be seen effectively. Or they don’t position the vehicle at a slight angle to show motorists the side of their vehicle.

According to Lt. Wells’ study, and personal experience, allowing approaching motorists to see the reflective graphics on the side of the patrol vehicle as they approach tells them that it’s clearly not moving. Unfortunately, many officers don’t take advantage of this tactic. They also don’t use the amber light “arrow” pattern (when equipped) to direct traffic as to where they should go.

In today’s LED light bar systems, there are numerous lighting patterns available that simply couldn’t be created from one light bar in the days of strobe or halogen lighting. However, they don’t do much good if they aren’t used. Take the time to know what’s available. Take the time to look at one of your vehicles on the side of the road from a passing motorist perspective. Maximize your visibility and safety while on stops.

Reflecting on Using Safety Vests
My previous agency wears dark blue uniforms. While professional in appearance, the color isn’t ideal for being identified at night by drivers—especially on a freeway or busy street environment. This is because there’s a lack of reflective safety gear worn by law enforcement officers while on-scene, even when it’s provided by the agency.

Officers often cite tactical concerns and a resistance to being “illuminated” so as to minimize our “target profile.” This philosophy is valid when there’s chance of injury by the criminal element, but it’s counterproductive on the roadside.

Bottom line: There’s a time to be in stealth mode and a time to be seen. Smart officers know the difference. If you don’t have a reflective vest—no matter the color of your uniform—get one and wear it when conducting business on the side of the road.

Summary
As with anything in life, there are some things you can control and some you can’t. The roadside is dangerous enough. Act now to reduce the likelihood that you or one of your officers becomes another sad statistic. Stay safe!