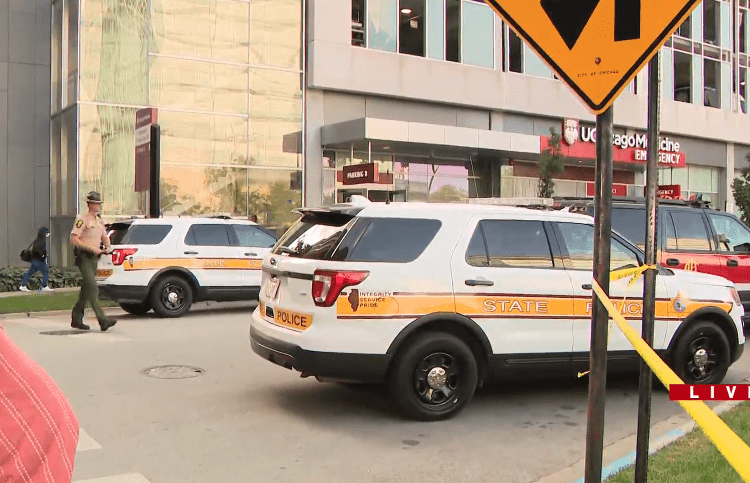 Police responded to the area of 43rd and the Dan Ryan about 1:45 p.m. regarding the report of a shooting.

A state trooper was shot and transported to the University of Chicago Medical Center in critical condition, the Chicago Fire Department said. Sadly, the trooper did not survive, WGN reported.

“A woman who was passing by apparently used the trooper’s own radio to report he’d been shot,” according to CBS2.

“My son always wanted to be a state trooper, ever since he was 2 years old. That was his dream. Eat, sleep, think about it all the time. Everybody loved him. Everybody loved my son. I can’t believe he’s gone,” she said.

All inbound lanes are shut down as homicide detectives investigate the scene. Further details were not immediately available.

The shooting comes the day ISP doubled presence on Chicago District expressways due to a high number of shootings.