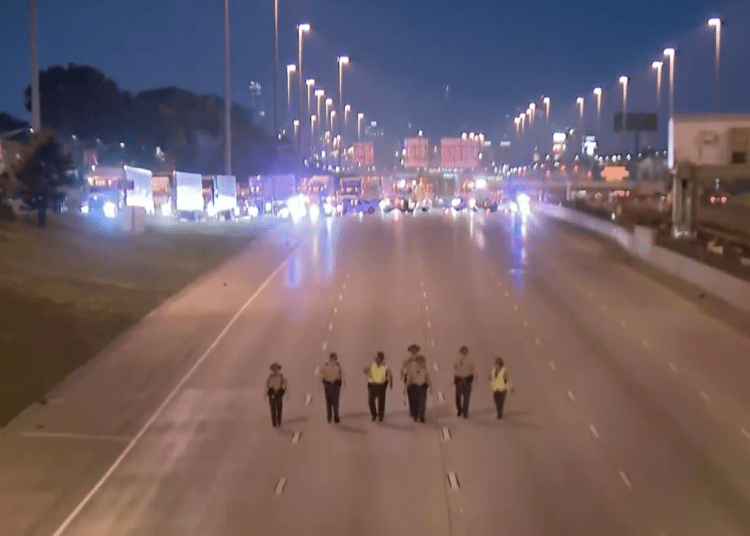 CHICAGO — Despite millions of dollars being thrown at the outbreak of violence, Chicago expressway shootings continue to surge, as authorities search for answers. The Illinois State Police hope cameras will help diminish the car-to-car gunfire.

The Dan Ryan Expressway, which runs from Circle Interchange with I-290 near downtown through the South Side, is the most dangerous highway in Chicago with 43 total shootings this year. The second most dangerous is the Eisenhower Expressway with 29 shootings, according to CBS Chicago.

In total, there have been 137 shootings on Chicago-area expressways so far this year as of Sunday, Illinois State Police confirmed to Fox News. There were 128 expressway shootings in Chicago in all of 2020, and 52 in all of 2019.

Contrary to popular belief, highway gunfire in Chicago is not typically fueled by road rage. Would-be victims often know their assailants and frequently refuse to cooperate with police, WMAQ-TV reported in June.

The expressway violence has continued to surge in Cook County despite the Illinois State Police receiving a $12.5 million grant in February from the Illinois Department of Transportation for the purchase and installation of automated license plate readers, software and specialized cameras. Law enforcement authorities believe that will soon change.

A state police spokesperson told Fox News the department hopes the cameras will be installed “in the coming weeks.” If so, they are sure to make a difference.