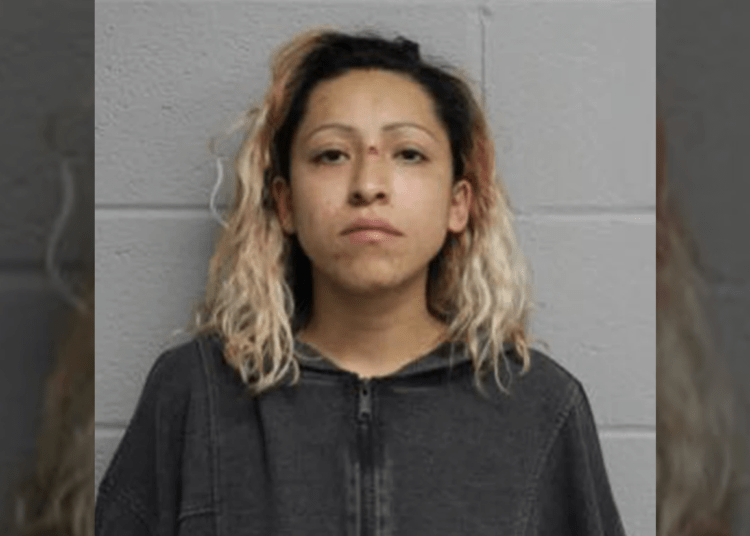 ROLLING MEADOWS, Ill. — An Illinois mother of three shot and killed a man after he — and his girlfriend — refused to kiss her, according to authorities.

Claudia Resendiz-Florez, 28, is accused of murder after recently moving in with James P. Jones, 29, and his girlfriend at their apartment in Rolling Meadows when a love triangle fatally exploded, the Chicago Sun-Times reported.

On Thursday evening the three had been drinking together when Resendiz-Florez asked Jones for a kiss, which he refused — instead turning his attention to his girlfriend and kissing her.

Resendiz-Florez then sought a lip smacker from Jones’ girlfriend, but was rebuffed, prosecutors said at a bond hearing Saturday.

However, the woman didn’t take no for an answer and Resendiz-Flores demanded that he kiss her. However, Jones again declined, which infuriated the suspect, prosecutors said, according to the Sun-Times.

As a result, Resendiz-Flores grabbed Jones’ gun, tucked beneath a couch cushion in the apartment, and pointed it at him. Prosecutors said Jones tried to lower the gun when he saw that she had flipped the safety off. Nevertheless, she fired and shot him once in the chest, according to the news outlet.

Jones’ girlfriend called 911 and the suspect was subsequently taken into custody. First responders recovered the handgun at the scene, New York Post reported.

Resendiz-Florez reportedly confessed to the shooting. She has been charged with murder, according to the Rolling Meadows Police Department.

The judge ordered Resendiz-Flores held without bail. She is expected to appear in court again Tuesday.