What I Learned About Policing From Split Seconds & Hair Triggers 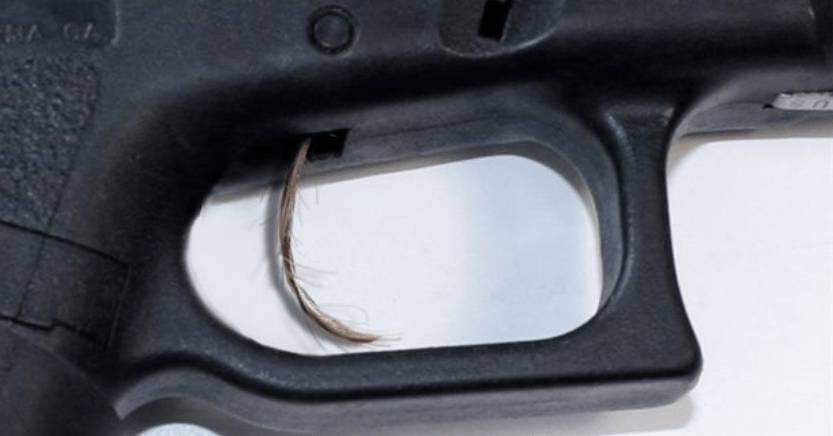 There was an 18-year-old kid (well, I call him a kid) who was a dope-dealing, burglarizing terror to us in the 1970s. I’ll call him Juan here. He and his cronies never seemed to rest a single night. He was even a suspect in some armed robberies. He gave us hell as a teenager and juvenile offender, and we all know how slippery juvenile delinquents can be inside the judicial system. So, we patrol folks and several detectives were pleased when he finally turned of age so we could arrest him and get some kind of adult justice.

One North Texas summer evening, Juan and his buddies decided to do some auto burglaries around a large university neighborhood in our city. The sun hadn’t even set. Several witnesses saw this dusk crew at work and called the police station. My unit and a backup were dispatched. I may have been the backup I can’t remember for sure but either way, I was in the middle of it. We advanced on the street in our squad cars, knowing full well the element of surprise was not going to exist. They spotted us, and a foot pursuit ensued.

Before long, I recognized the guy I chased as Juan. He dashed up a street of older homes, cut through some yards and found himself in an alleyway, beside a garage and in front of a tall fence. Exhausted, he knew he was a trapped rat. As I cornered him, he turned on me, flipping open his jacket.

This move caused me to draw my revolver. I’m not a quick-draw artist, but I was always quick to draw my gun. I’m alive today many times over because of this reflex tendency, which comes, frankly, from a mix of fear and anger shaken, but not stirred. As I raised the barrel to his chest, I saw the handle of a small pistol in his beltline, and damned if his hand wasn’t moving to it.

“I will kill you!” I declared. “Put your hands up or I’ll kill you!” My trigger pressure was a hair away from a .357-caliber magnum explosion. Honestly, I wanted to kill him. He froze there, an inch away from the pistol.

But then his hands went up. I retracted my pistol to my ribs so he couldn’t easily reach it as I marched up and took the handgun from his belt. It was a five-shot revolver, best I can remember, so small it dropped into my pants pocket. I cuffed him and brought him in. This time, our newly grown adult had a nice felony on him. Needless to say, he’d been one second from being cut to pieces by my Colt Python.

Back at the station, the word got out on our shift of the arrest and circumstances. I got a few pullovers and whispers from the war vets and old-timers, some who had killed some people in the past. They asked, “Why didn’t you just shoot the sonofabitch?” I told them honestly, “Almost had to. He gave up.” They shook their heads. This is no criticism of these guys, whom I would stake my life on in combat. Just the facts of the era. I booked the kid and went back to work.

Within a few years, I became a detective, and like all good detectives, I kept an ear to the ground as to the comings and goings of people in my city. My city was my business, and every piece of gossip or fact I knew made me a better detective. Juan had completed his probation, and as a part of this, graduated from trade school. A few years later, I heard he got married. Later still, I learned he’d scored a pretty good job.

Now, fast forward from that arrest night to about 17 or so years later. As a detective on call one Saturday night, I got dispatched to a rape case. I worked on it all night and into the early morning. I did what I could, and thought I’d drive home to catch some sleep and continue on for a few hours that evening. It was a beautiful Sunday morning, and my city was quiet and pleasant.

My drive home took me past one of the larger Baptist churches. I casually looked over the churchgoers heading into the church, and there I spotted Juan. He was about 34 or 35 years old, dressed in a suit, with his wife and their three children. He bent down to talk to his young daughter as he held her hand and led her in. I said to myself, “I almost killed him one night.” I was flushed with an intense sense of sheer irony.

A Lesson Better Felt Than Said

Hey man, this is no lesson on gun control or whom and when not to shoot. This is a simple story about the irony of life. It’s an awesome responsibility to carry a gun and possess that hair-trigger pull on life and death.

I’ve never killed anyone, but I’ve tried. And missed. In those circumstances, I wish I hadn’t missed. If the killing is justified? Fine. Proper action? Zero remorse. But if I were wrong, made a mistake? I’d become a tortured soul the rest of my life. That’s the way it’s supposed to be. You can’t predict the future. You can’t tell how every Juan will turn out. It comes down to the moment that damn, irrational split second and the finger on the trigger. Juan touches the gun? Juan goes down.

My life with all that is over now. I’m retired. Even my private investigator’s license has expired. I’m left with only these scribbled notes of my life. I don’t claim to understand the universe, whose God is whose or who owns which heaven and hell, but I do believe there is some kind of karma out there. Please, only kill people who really need killing. I wish this clarity of understanding for you. Just do the right thing. That’s what the good guys do and feel.

W. Hock Hochheim served as a patrol officer from 1977-1981, then made detective. He returned to the patrol division the last four years of his career in the 1990s. He currently teaches hand, stick, knife and gun combatives in 40 cities in 10 countries each year. Visit his Web site at www.hockscqc.com.