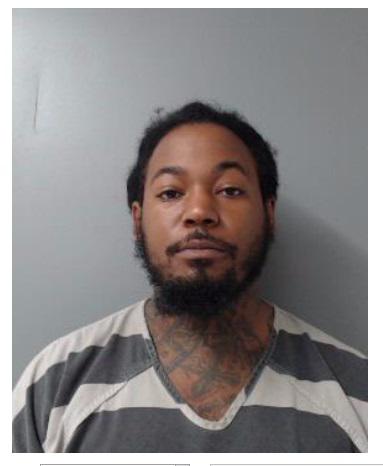 LAREDO, Texas – A man was arrested on allegations of human trafficking after police received a call from a woman on April 8, saying she was the victim of sex trafficking. According to an arrest affidavit, obtained by LMTOnline, a woman called police from a hotel bathroom stating that a man identified as Jason Duncan, 34, forced her to have sex for money. She told police he was driving a rented silver Chevy Sonic bearing Missouri license plates. She stated that Duncan called her saying that she was being watched from McDonald’s and “Don’t tell anything to the cops,” states the affidavit.

Prior to calling police for help, the woman said a man forced her to board a bus with him in Austin and travel to Laredo where she was forced to have sex with multiple men. She stated that she had met Duncan about two weeks ago in Wisconsin. Duncan told her to get in the car because they were going to Texas. An argument ensued when the woman told him she did not want to go. He then threatened to kill her if she did not comply with his demands, according to court documents.

The woman stated that Duncan created ads on “Skip the Games” and “Mega Personals” that included nude photos of her with a phone number and rates for different sex acts and time, according to court documents. Court records state that the woman had sex with 20 to 30 different men since arriving in Laredo.

Duncan allegedly required her to have sex with at least five clients a day. The victim told authorities that she was forced to have sex at the Hotel Ava, Family Garden Inn and Tru Hilton Hotel in Laredo. Police also learned that Duncan kept the woman’s Wisconsin identification card, social security card and bank card inside his wallet, according to court documents.

Duncan was taken to police headquarters for questioning. He requested an attorney after saying that he was “Siete” and “You know who I am … and I’m him … You got me,” states the affidavit.

Duncan was arrested for compelling prostitution, online promotion of prostitution and trafficking of persons to engage in sexual conduct.