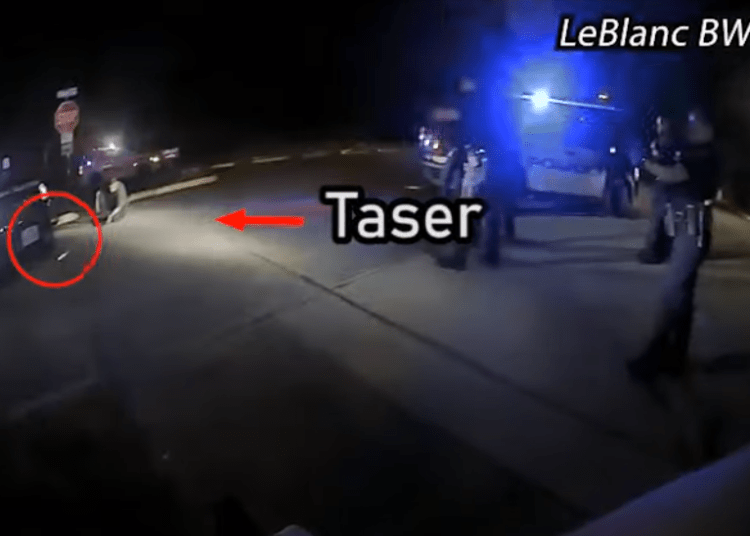 The Houston Police Union announced that four Houston police officers involved in the fatal shooting of a man who had a history of mental illness has been fired.

ABC News report that Union leaders denounced the firings, saying the officers followed their training and tried to de-escalate the situation but were forced to shoot 27-year-old Nicolas Chavez in April when he pointed a stun gun at them.

“It was clear … these officers did not want to shoot Mr. Chavez and did everything in their power not to,” said union president Joe Gamaldi.

In an afternoon press conference where Police Chief Art Acevedo began by praising his “boss” Mayor Sylvester Turner,  Acevedo said that “the discharge of those 21 shots by those four members of the Houston Police Department are not objectively reasonable.”

According to union vice president Doug Griffith, the shooting was deemed justified by Houston’s independent police oversight board which begs the question why they were fired.

4 HPD Officers were fired today for a justified shooting, where individual had a deadly weapon. They:
-deescalated/retreated for 15mins!
-used all non-lethal options available…bean bag/tasers
-pleaded for him to give up
They followed policy, training, and the law…still fired

It seems after reviewing Chief Acevedo’s press conference that the number of rounds fired played into his decision.

The body camera footage was also released earlier on Thursday and shows multiple officers over 15 minutes pleading with the suspect to surrender before he picked up a Taser and pointed it at them.

Officers were responding to a call about a possibly suicidal man who was running in and out of traffic when they encountered the suspect. Chavez’s family has said he had a history of mental illness.

Gamaldi said officers had used every non-lethal option available to them, including a stun gun and bean bag rounds, to subdue Chavez, but that he refused to surrender. Police said Chavez also had a piece of metal in his hand and had picked up a stun gun that an officer had dropped and pointed it at officers just before he was killed.

“These officers were distraught over having to take a life out there,” said Doug Griffith, the union’s first vice president.

A month earlier, George Floyd died in Minneapolis after an officer pressed his knee into his neck for nearly eight minutes. Floyd’s death sparked protests worldwide, including in Floyd’s hometown of Houston, against racial injustice and police brutality.

The police union suggested the firings were the result of political pressure following the marches for police reform.