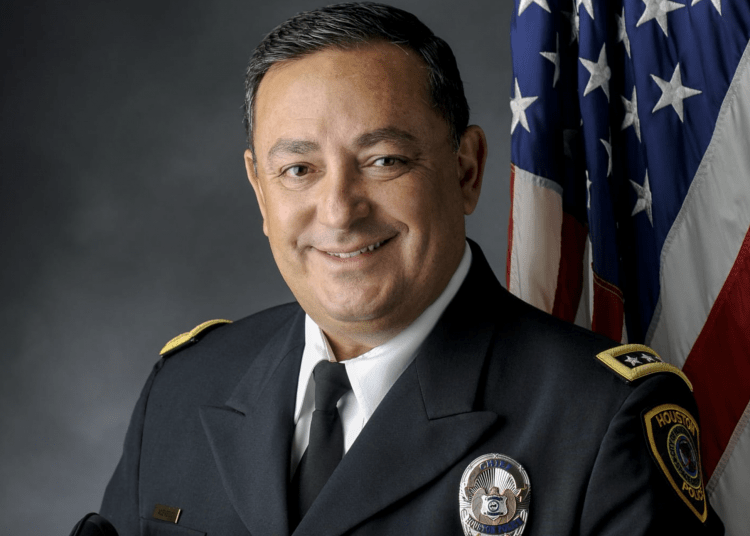 HOUSTON — Following the riots at the U.S. Capitol on Jan. 6, an investigation into extremists within U.S. police agencies is underway as Congress is urging the Major Cities Chiefs Association to identify and root out extremists from police agencies across the country.

Leading the charge to spot and track some of the extremists within policing is Chief Art Acevedo of the Houston Police Department, chron.com reported.

“I think you’re going to see a heightened level of alert to the threat that militia, white supremacists, hate groups pose to our country,” HPD Chief Art Acevedo told KHOU.

Officer Tam Pham, an 18-year HPD veteran, was arrested by the FBI on Wednesday for his role in the riot, Law Officer reported.

Acevedo didn’t mince words about his officer’s actions when speaking to the press last week.

“There is no excuse for criminal activity, especially from a police officer,” Acevedo said. “I can’t tell you the anger I feel at the thought of a police officer and other police officers thinking they get to go storm the Capitol.”

According to a recent tweet by Acevedo, “The @houstonpolice officer in question tendered his resignation this morning.”

The @houstonpolice officer in question tendered his resignation this morning. The Department will release his name upon the conclusion of our joint ongoing criminal investigation with @FBI and @TheJusticeDept. https://t.co/5HlwgGuIJf

Although Acevedo stated that there hasn’t been any evidence that other HPD officers were involved, the agency is stepping up awareness about detecting and rooting out extremism on social media.

“We look at tattoos, social media, we talk to neighbors, coworkers and we conduct very thorough investigations, but to think we have none among our ranks would be naive at best,” Acevedo said.

Moreover, it’s not easy tracking these people down, according to the chief. Extremists turn to the dark web and work hard to avoid detection.

“We need the community to be our eyes and ears,” said Acevedo.

Sometimes the easiest way to spot extremists already in policing is by tips from fellow officers.

“We do need to be vigilant to weed out people who would be cancers to organizations,” he said.