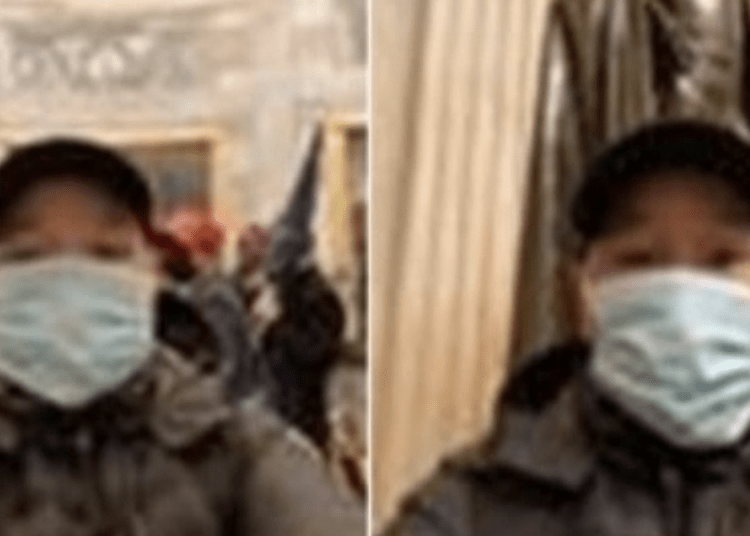 HOUSTON — An officer with the Houston Police Department is in FBI custody after his suspected participation in the riots at the U.S. Capitol on Jan. 6.

According to the FBI’s criminal complaint, agents questioned Officer Tam Dinh Pham after he turned himself in. During the interview, Pham said he had been in Washington, D.C., with his wife on a business trip from Jan. 5 to 7 but had not attended the rally in support of now former President Donald Trump.

He also denied going to the Capitol building, KXAN reported.

But when agents asked to see Pham’s phone, they found no photos from the time period when he would have been in D.C. As a result, the agents apparently inquired about his “deleted” photos. They reportedly found several photos and videos that agents say were easily identifiable as being taken inside the Capitol building.

Federal investigators say Pham claimed he wasn’t affiliated with any of the groups promoting the rally on social media and that he hadn’t carried a weapon. Instead, he said he’d merely seen people walking toward the Capitol building and followed them.

Pham says he continued following the crowd over fences, around barricades and past police officers as they moved inside the Capitol. Agents say at this time, he finally admitted to entering the building, KXAN reported.

Pham, who says he’s been an HPD officer for 18 years, turned over the photos and videos to the FBI, where he reportedly can be seen for several minutes inside the Rotunda.

Consequently, he’s been charged with knowingly entering or remaining in a restricted building without lawful authority and with violent entry/disorderly conduct on Capitol grounds.

All cases tied to the riots are being prosecuted by the U.S. Department of Justice.

As of last week, the Justice Department reported opening investigations into over 170 people in connection to the riots. At that time, at least 70 criminal cases had been filed.