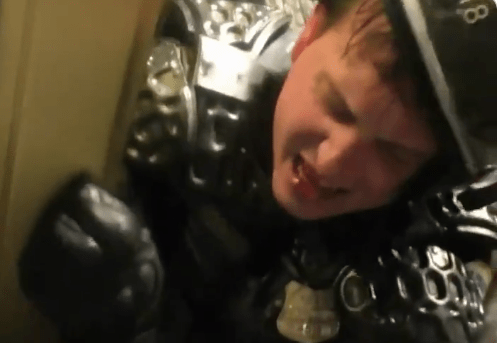 WASHINGTON — The FBI arrested a Connecticut man for allegedly assaulting a Washington, D.C., police officer who was seen in viral videos trapped between doors during the Capitol riot, authorities said Wednesday.

Patrick Edward McCaughey was taken into custody at around 7 p.m. Tuesday in White Plains, N.Y., NBC News reported. He has been charged with assaulting a police officer, civil disorder and unlawful entry, officials said.

The Justice Department criminal complaint says McCaughey repeatedly told the officer “just go home” and “come on man, you are going to get squished, just go home” while allegedly using a police shield against the officer during the Capitol riot.

“If it wasn't my job, I would have done that for free. .. It was absolutely my pleasure to crush a white nationalist insurrection… and we’ll do it as many times as it takes.”

Despite the excruciating pain Officer Daniel Hodges appeared to be in during the attack, he later told reporters he was happy to do his duty.

“If it wasn’t my job, I would have done that for free,” he said. “It was absolutely my pleasure to crush a white nationalist insurrection, and we’ll do it as many times as it takes.”

McCaughey was seen leaving the Capitol on security cameras after he struck other officers with the shield, the document says, according to NBC.