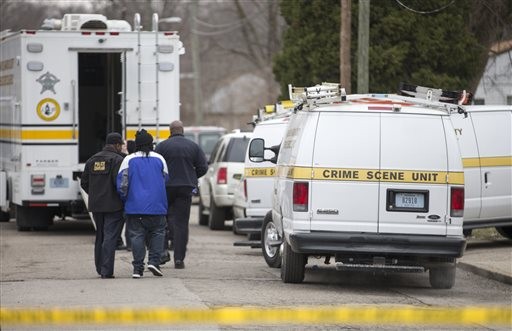 New research quantifies increasing violence, homicides and gun crimes. Previous USDOJ research shows a 28 percent increase in violent crime. Serious violent crime also increased. President Biden emphatically declared that “We must end this uncivil war.” A good place to start is to realize that some of the institutions we challenged—like law enforcement—need to be supported and funded.

There seems to be a lot of uncertainty in America right now. From the recent disgraceful storming of the Capitol resulting in the horrific deaths of Capitol Police officers to protests-riots-looting resulting in two billion dollars in insurance claims (see Riot Insurance Claims) to rising violent crime and fear of crime (Crime in the US) to the pandemic to lack of trust in government Pew to endless questions about the accuracy and reliability of the media (Columbia Journalism Review), institutions seem to be failing us.

Police recruitment is down 63 percent and officers are leaving the job in considerable numbers (see Cops Leaving).

People and businesses are moving out of cities and metro areas (People Leaving Cities).

The impact of COVID and violent crime is complex but has connections to past upheavals. The loosening of criminal justice practices could be providing the wrong messages during a time of social upheaval (COVID and Crime).

Americans are more likely to perceive crime in the U.S. as having increased over the prior year (78%) than they have been at any point since 1993 (Gallup).

We seem to be at political odds. The country seems to be at war with itself.

Even discussions of rising crime are hotly debated with some criminologists and major publications calling allegations of increasing violence a hoax (Crime in The US). Per the Bureau of Justice Statistics, violent crime increased by 28 percent since 2015.

New data compiled by PERF shows that these increases were not limited to a few large departments. The majority of agencies responding to a new PERF survey reported that firearm homicides, nonfatal shootings, and the number of illegal firearms recovered all increased from 2019 to 2020.

And these patterns were not limited to the largest agencies; increases in gun crimes and recoveries were reported by agencies of all sizes.

A total of 129 agencies responded to the survey by the deadline of January 19. They represented a cross-section of departments from 32 states, the District of Columbia, and 3 Canadian provinces.

PERF’s two recent surveys on crime rates and shootings point to a significant problem of increased violence in the United States:

No one is suggesting that violent crime will be the nation’s undoing, but for people and businesses in high crime metropolitan areas (including suburbs), the weariness of protests and increasing violence will tax any jurisdiction’s ability to keep or attract new people and commercial enterprises.

There is nothing the new administration wants to do from COVID to poverty to improving the economy that is not directly impacted by increasing violence and fear. To put it bluntly, cities supporting President Biden’s election will lose on every measure unless violence is significantly reduced.

No one is willing to put their families or employees at risk unless you have a recession-proof city like Washington, D.C.

Possibly the first step is to stop the debate as to violent crime increasing, it’s like dealing with climate change deniers.

The next is to retain the cops we have. Losing thousands of experienced officers is clearly not in our best interest.

A third measure is to reevaluate many of the changes under the banner of reform. For example, bail reform may be a justifiable discussion, but emulating Washington D.C.’s pretrial services with enhanced supervision and accountability is far more preferable than simply cutting a domestic violence offender lose from booking to return back home to his victim without supervision. Yes, it will cost money.

The recent discussion focuses on defunding law enforcement when additional funding is necessary for needed innovations.

Finally, we in the justice system must be open to criticism and change. We are not the oracles we sometimes pretend to be.

Yea, the system needs improvement and our recent past may not be a glowing example as to how we want to proceed. But law enforcement remains one of the most highly rated institutions in America, coming in much higher than many institutions, including the media and Congress.

Possibly, just possibly, all the criticism and talk of police defunding is making people nervous to the point where a gun purchase and a move is seen as being in their best interest.

President Biden emphatically declared that “We must end this uncivil war.” A good start is to realize that some of the institutions we challenged are in our best interest, warts and all.

We must improve, we must be fair and just to all, but throwing the baby out with the bathwater is clearly not in our collective best interest.

See more articles on crime and justice: Crime in America.

The Crime in America.Net RSS feed (https://crimeinamerica.net/?feed=rss2) provides subscribers with a means to stay informed about the latest news, publications, and other announcements.