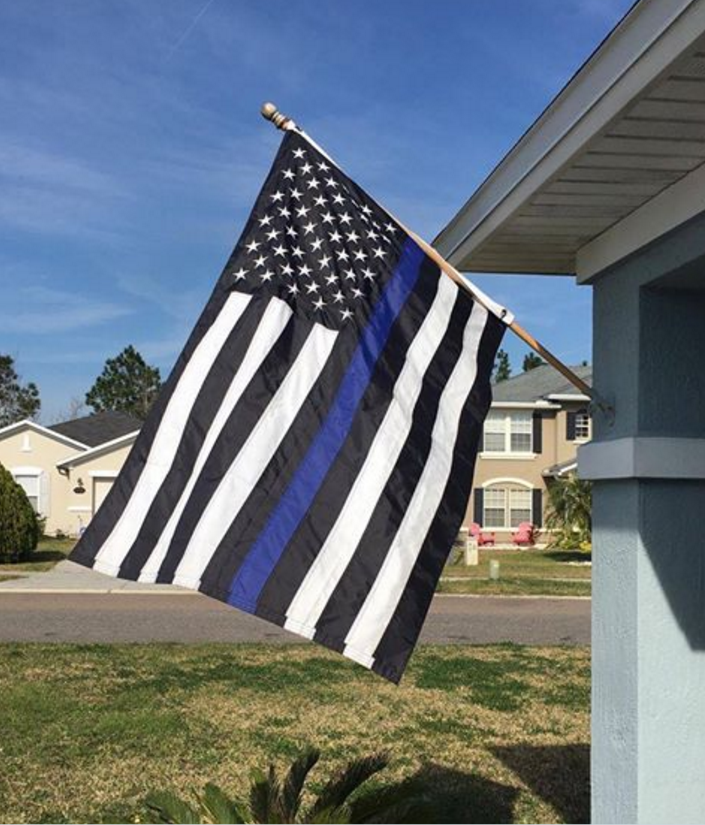 Gaddie told Action News Jax it’s flown to honor him — and many other family members — who are law enforcement.

Recently, his daughter received a letter asking her to remove the flag, saying it doesn’t fit the rules and regulations of the homeowners association.

When asked why, she was told that “they told her they had received a complaint that it was considered racist, offensive and anti-black lives matter.”

After submitting a request for permission to fly the flag, she was denied.

The family is planning to appeal the decision at next month’s homeowners association meeting.