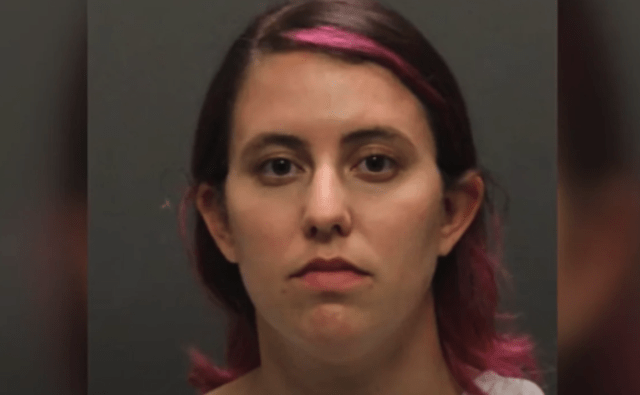 TUCSON, Ariz. – A recently employed guidance counsellor at a high school in Tucson has been arrested in connection with an ongoing sexual relationship she reportedly had with a 15-year-old student.

According to Blaze Media, “On May 5, the school district put Vinik on administrative leave and initiated its own investigation. On the same day, Vinik resigned from her counselor position and is no longer an employee of the Tucson Unified School District.”

“On May 4, 2022, detectives from the Tucson Police Department (TPD) Sexual Assault Unit informed the administration of Tucson High Magnet School of an ongoing investigation into one of its counselors, Zobella Brazil Vinik.

“The administration was informed of an alleged inappropriate relationship between the counselor and a 15-year-old student from Tucson High.”

On May 11, Vinik surrendered to police. She was charged with sexual conduct with a minor.

Local news outlet KVOA reported, “TPD said Vinik’s ex-wife told law enforcement officials that the couple have been allowing the 15-year-old to live with them in their home. She reported that the 29-year-old and the 15-year-old have been co-sleeping together and she recently found Vinik’s ‘underwear hidden under a pillow on the bed’ the student had been sleeping in.”

Investigators seized cell phones through a search warrant, which “revealed inappropriate messages between the two that supports a sexual/romantic relationship.”

The criminal complaint also reveals the female student “confirmed she had a sexual relationship” with the high school counselor and “that the relationship turned sexual around February 2022.”

Andy Ngo reported that Vinik’s social media was full of social justice messaging and that she was a part of the far-left group AZ Resist.

Zobella Vinik, a radical queer nonbinary leftist who was a counselor at a @tucsonunified school before resigning over allegedly having sex w/a child, worked on helping illegal foreign nationals. She said she was "unlearning" white supremacy & capitalism. https://t.co/wUY5fBYoQC pic.twitter.com/vBT72INrvW

Vinik said she was “‘unlearning’ white supremacy & capitalism,” according to Ngo’s tweet.

Q Space club is a “space students will learn about LGBTQIA+ history, create community, and engage in individual and group work exploring identity and collaborating to discover community care and joy,” according to the high school website.

Meanwhile, teachers and other staff members engaging in sexual encounters with students continues to be a growing problem in the nation. On Monday, a married high school choir director in Pennsylvania was arrested after she engaged in an ongoing sexual relationship with a female student, Law Officer reported.

Amazingly, the 26-year-old choir director’s predecessor was also arrested and charged with 10 counts of sexual assault with students.

An elementary school teacher in California told Law Officer that ethics training for educators on this topic is absent from in-service training. “We’ve never even been given a word of caution,” she said.

A teacher in Texas confirmed much the same thing.