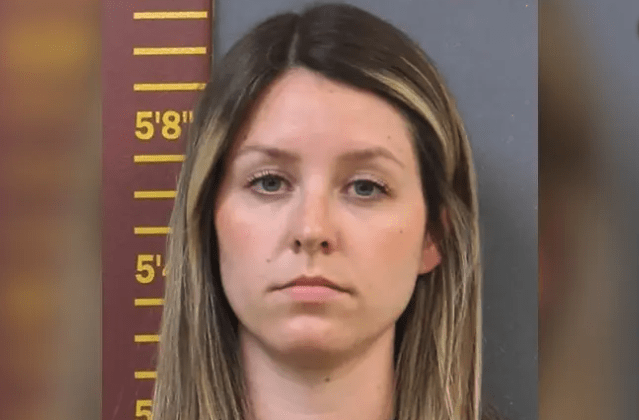 LAWRENCE COUNTY, Pa. — A married high school choir director in Pennsylvania was taken into custody for an ongoing sexual relationship with a female student after her angry husband notified school administration, according to reports.

The investigation began when her husband discovered incriminating messages on Ortz’s iPad after coming home from a recent trip to Florida.

Ortz’s husband, who had been contracted for past stage productions at the school, notified the principal and the two reported the incident to Childline, according to WTAE.

Investigators followed-up on information from Ortz’s husband. They discovered more than 100 messages between the choir leader and her female student using Spotify’s chat function.

The teacher and her student reportedly used a code word in case their trysts were uncovered.

During interviews with police, the student admitted going to her teacher’s home to engage in sex on several occasions when Ortz’s spouse was away.

After executing a search warrant on May 5, investigators re-interviewed the teen and her parents.

The girl defiantly said the pair were still communicating despite looming criminal charges for Ortz and that they are in love. She even acknowledged returning to Ortiz’s home after her husband discovered the sexual relationship to offer comfort, WTAE reported.

As a result, Ortz was suspended May 9 and had a warrant was issued for her arrest last Friday.

However, she declined to immediately surrender to authorities and even sang in a local concert on Sunday before finally turning herself in on Monday.

Amazingly, Jonathan Priano, 37, was Ortz’s predecessor as the school’s music director. He is also facing criminal charges due to inappropriate contact with students.

Priano faces 10 counts of sexual assault and two counts of unlawful contact with minors. He has a pretrial hearing set for June, the New York Post reported.

Ortz was booked at the Lawrence County Detention Center. Her bond is set at $150,000 and her next court date is scheduled for May 25.