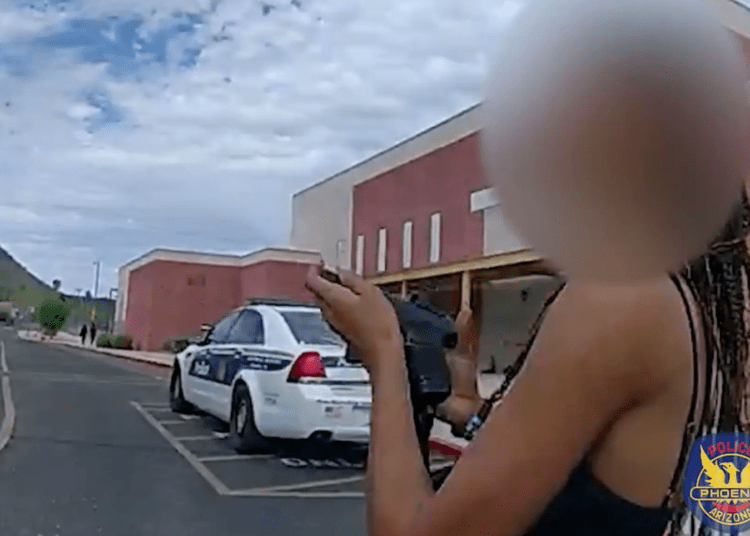 PHOENIX – Recently released bodycam footage shows a “heroic” Phoenix police officer grab a woman who drew a firearm at a school due to a custody dispute.

The incident occurred Sept. 22 during a tense situation at Mountain View School. The Phoenix Police Department said Desira Featchurs, 29, arrived shortly before 2:40 p.m. to prevent a student believed to be her child from entering a vehicle that was picking him up, FOX 10 Phoenix reported.

In the 17-second recording, the child is seen getting into a white SUV parked outside the school when Featchurs angrily approaches a man opening the door for the student.

A male voice reported to be the officer, said, “He wanted to get in. He’s gonna get in,” referring to the child.

A woman, reportedly Featchurs, responds, “You think I’m f***ing…” as she reaches into her purse and pulls out a black handgun — which she points in the general direction of the SUV.

The audio quickly becomes inaudible as the officer appears to place the woman in a bear hug from behind, preventing her from using the weapon.

On Monday, Phoenix Police released video of the encounter, referring to the “heroic actions” of the officer who prevented “a possible shooting.”

When it comes to protecting your children, there is no time to waste when we see a threat.

Thanks to the heroic actions of this #PHXPD officer, a possible shooting at a school was prevented. #ThisIsWhoWeAre pic.twitter.com/1jThwNGymi

Featchurs was arrested and booked into jail on multiple charges. Police said she is the parent of a student at the school and the incident originated from a child custody dispute. 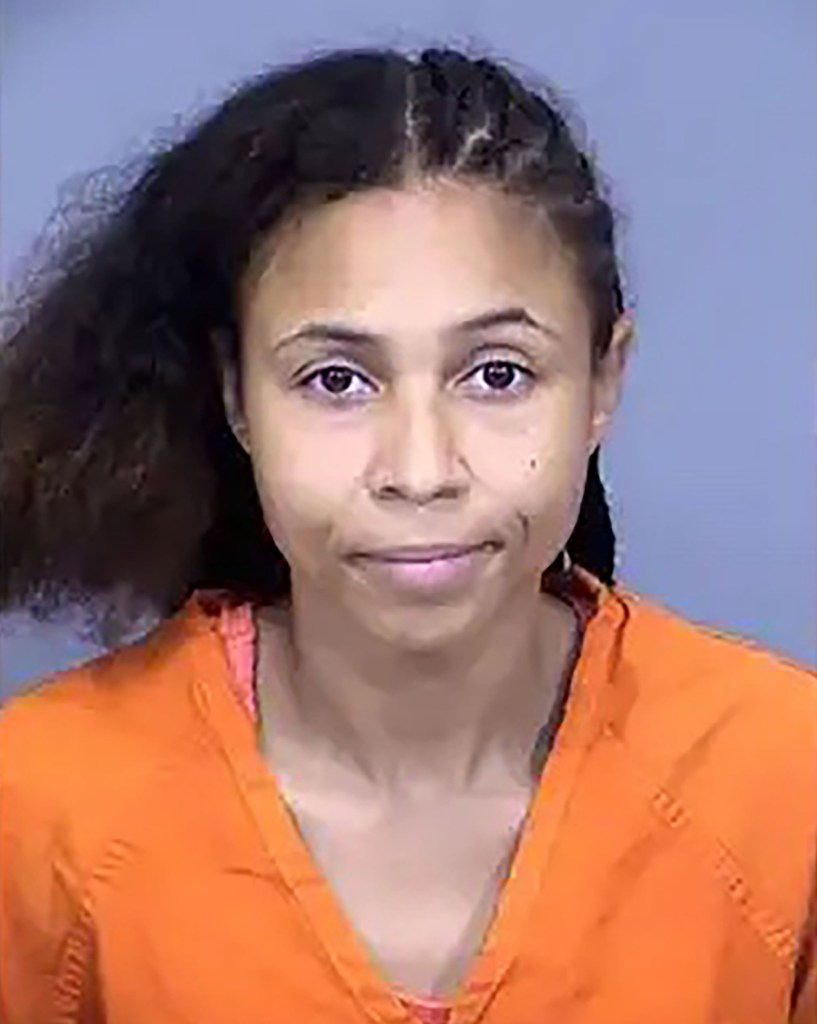 Desira Featchurs was booked on charges of endangerment and carrying a weapon on school grounds. (Phoenix Police Department)

Police confirmed the officer who intervened was a school resource officer called to the front office regarding a domestic dispute, according to a Twitter post from @LindseyRagas.

Court records reviewed by the New York Post indicate that Featchurs has a criminal history in Arizona that includes charges of resisting arrest and disorderly conduct stemming from a 2011 incident.