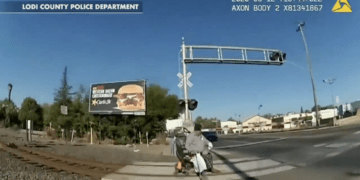 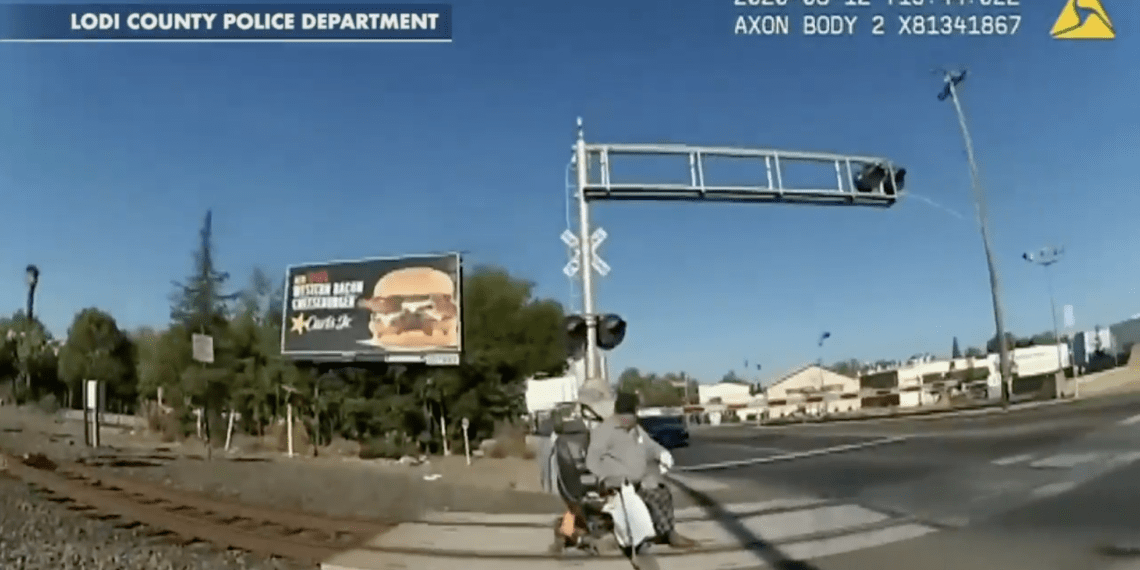 LODI, Calif. — A harrowing rescue was captured on bodycam video as a police officer in Northern California pulled a man from a wheelchair that was stuck on railroad tracks, with mere seconds to spare before a locomotive came passing through.

Officer Erica Urrea of the Lodi Police Department was in the area of the train tracks around 8:45 a.m. on Wednesday when she spotted the man, who appeared to be stuck, as the railroad alert systems blared and the crossing arm was lowered, police said.

Urrea’s bodcam footage shows her pulling up to see the 66-year-old man and quickly getting out of the car – running to him as she asks, “Can you get up?”

The train’s horn can be heard in the background as the sound gets closer and closer, FOX reported. Urrea is able to pull the man from the wheelchair and just barely off the tracks moments before the train barrels through, video shows.

Police said the man was taken to a local hospital for a leg injury but was otherwise OK.

“Officer Urrea risked her own life to save another and her actions prevented a tragedy today,” the police department said in a Facebook post. “We are extremely proud of Officer Erika Urrea and her heroism.”