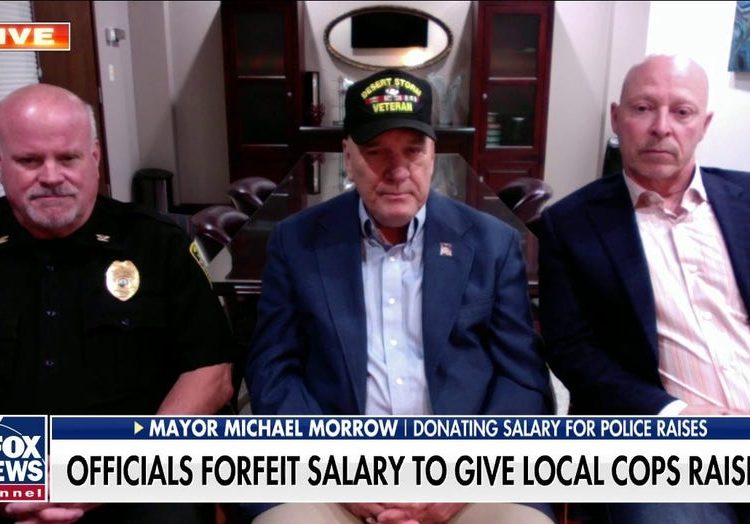 Grafton, Illinois – Politicians in Grafton (IL) recently made the decision to donate their own salaries so that the police officers could have a raise. Mayor Michael Morrow ran on the campaign promise to forfeit his salary to the police department. In a recent budget meeting, the city came up $60,000 short on affording raises.

Talking with Fox News, city attorney Will Miller said that he decided to donate his salary to help the budget as city leaders were trying to build in raises for officers.

Our police chief said he would forgo his pay raise and also my city manager and our city maintenance officer manager donated their… pay raises also,” Morrow said. “It was unanimously passed, the budget, and we’re very happy to say that our police officers will be getting their raises.”

Grafton police chief Eric Spanton expressed that being able to break the news to his officers that they’d be receiving their well-earned raises “means a lot.”

“It’s unbelievable the mayor and the city attorney did what they did,” he said. “As far as me giving up my pay raise, it’s the right thing. You take care of the people who work with you.”

As anti-police rhetoric surrounds law enforcement nationwide, Mayor Morrow stressed that the city stands with its police, especially since Grafton draws in a tourist crowd.

“We need our police,” he said. “At any one weekend during the summer, we can have over 5,000 people come to our town to visit.”