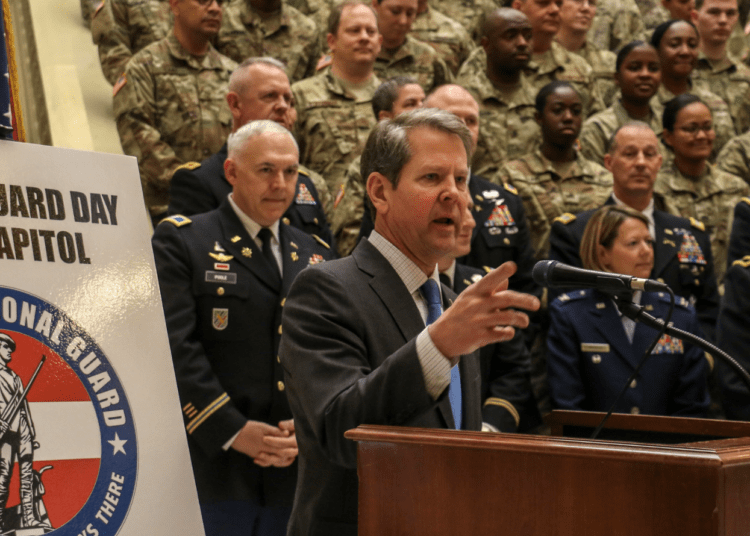 GEORGIA — Gov. Brian Kemp of Georgia signed a bill Friday that prohibits steep reductions in local budgets for law enforcement, preventing “defund the police” efforts to redirect money to services such as mental health treatment or education. He said the crime-fighting mission of police departments should be protected, The Atlanta Journal-Constitution reported.

“Radical movements like the ‘defund the police’ movement seek to vilify the men and women who leave their families every day and put their lives on the line to protect all Georgians,” Kemp said during a bill signing ceremony at the Barrow County Sheriffs Office gun range. “This far-left movement will endanger our communities and our law enforcement officers and leave our most vulnerable at risk.”

House Bill 286 prohibits cities and counties from reducing their law enforcement budgets by more than 5% in one year or cumulatively across five years.

Opponents of the legislation have said it flies in the face of state Republican lawmakers’ often-stated principle of allowing local governments to have control over local issues and sets a bad precedent where state legislators dictate how local elected officials spend their money, according to AJC.

Thus far, no local governments in Georgia have followed through with proposals to significantly reduce police funding. Elected officials in Athens and Atlanta considered changing the way they funded law enforcement but ultimately decided against the proposals.

HB 286 includes exemptions for police agencies with fewer than 25 officers, for one-time spending on equipment or facility purchases, and if a local government sees a decline in revenue.

It also requires any local government that wishes to decrease the police budget by more than 5% to hold public hearings discussing the changes.